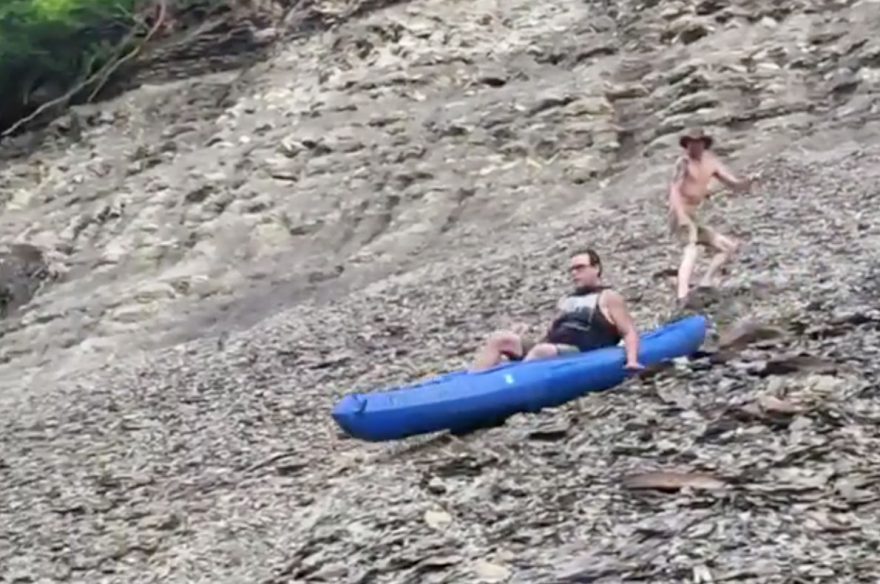 Sometimes you don’t need to look at any stats and figures to understand why the female life expectancy is generally longer than that of a man’s. With the famous last words from his friend, Michael, “you won’t regret it”, we have a funny feeling that regret was one of many things running through Jon’s head as he folded around the sole tree he was trying to avoid.

Fortunately, it would appear that there was no serious damage done to either the tree or Jon. I’d love to write that it was looking promising, but having watched the video countless times, it gets harder and harder to see that ever ending well. There’s a slight look of panic on Jon’s face as he recognizes his tree-hugging fate early on but can do nothing to control the kayak’s direction.

Hindsight is a wonderful thing, but starting in the water seems like a much more sensible option or, at the very least, shifting over to the left where there appears to be an obvious clear gap into the water. What do you think?