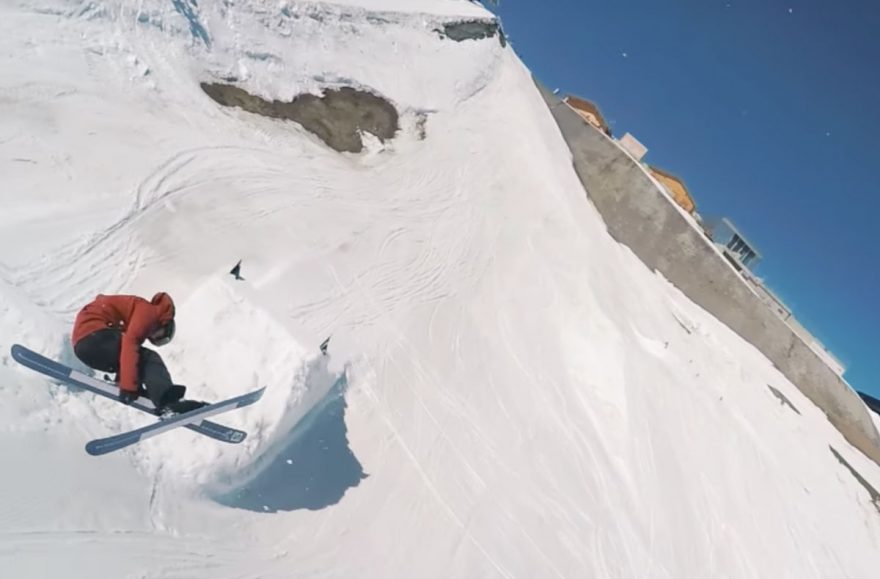 Nicolas Vuignier, a popular freestyle skier is creating quite the buzz and it’s little to do with his skiing talents. You might remember the viral ‘Centriphone’ video at the start of last year, in which Vuignier created a device that enabled him to spin his phone around his head as he skied. In slow-mo, this video looked absolutely incredible. Off the back of the success of the video, he even created it as a commercial product.

Well, he’s back again and this time with the poor man’s selfie drone, as he calls it. Essentially, it is an elaborate paper airplane combined with a Nerf football. No doubt that it will take a bit of practice to get used to, plenty of start-stop, and some clever editing to make it look good.

Last week, Vuignier released a 135-second compilation video, demonstrating his results of using the poor man’s drone, and, well, it’s pretty impressive. He has developed the device into a product, available for purchase, called AER. On pre-order, it will only set you back between $49 and $54, which is much more appealing than the $1000+ dent a drone can make in your wallet.