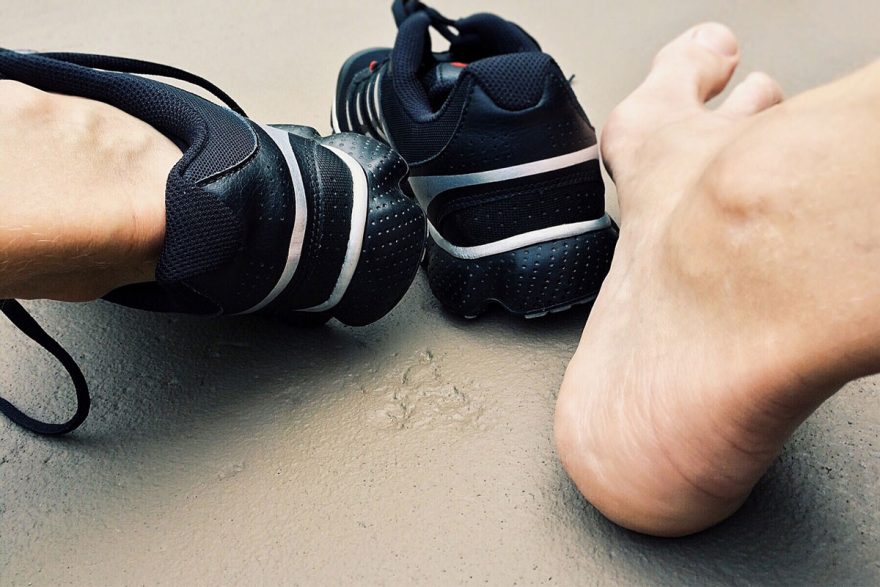 Unless you’ve been introduced to this concept before, then there’s probably no reason you would have ever considered running barefoot. At first glance, it seems that a good pair of running shoes is the most sensible, if not only option when heading out. Is there a good case for taking barefoot seriously? Let’s explore…

The concept of barefoot running is nothing new. After all, it is what our ancestors had to do all the time. They just did not have a choice but to run without shoes on and on all sorts of terrain. In fact, it wasn’t until relatively recently (the 1960s) that running specific shoes came to market.

Now, running without shoes seems to be obsolete. Or, is it? We’re seeing a growing trend of people leaning towards it and it seems for good reason, too.

Although good footwear can help to protect your feet from sharp objects, getting cut and bruised, there is ongoing scientific research as to the benefits of running without shoes (aka “natural running”).

At the present time, it would appear that there is no definitive answer and many still have strong opinions one way or the other. ‘Opinion’ is a key word here.

Many believe that there are serious health risks to running barefoot and this is one of the driving factors to so much research going into developing running specific shoes. In 2014, the American Podiatric Medical Association stated that there is not enough research to back the anecdotal evidence in favor of barefoot running. More specifically, there is not enough research on the long-term effects on the human body. It is advised that you consult with a medical professional before attempting it yourself.

On the contrary, some scientists put out the claim that running without shoes alters the stride and therefore minimizes the tough “heel-striking” impact, which can be potentially damaging otherwise. Barefoot runners tend to land on the ball or middle of the foot, which avoids the equivalent pressure of two to three times body weight when you strike with the heel.

Daniel E. Lieberman, a professor of human evolutionary biology at Harvard University stated that “people who don’t wear shoes when they run have an astonishingly different strike. By landing on the middle or front of the foot, barefoot runners have almost no impact collision, much less than most shod runners generate when they heel-strike. Most people today think barefoot running is dangerous and hurts, but actually, you can run barefoot on the world’s hardest surfaces without the slightest discomfort and pain. All you need is a few calluses to avoid roughing up the skin of the foot. Further, it might be less injurious than the way some people run in shoes.”

Now, just because there is a strong claim to support barefoot running, it doesn’t mean you can simply ditch the shoes and dive in head first. Natural running is a skill to be developed with care.

You should take the time to learn the correct barefoot running technique so that you can make sure you are avoiding injury. Typically, barefoot runners will try to aim for forefoot striking, while leaning slightly forward. This allows the runner to glide more easily and efficiently.

In fact, you may find that by running with no shoes, you will develop a better awareness of your running technique because you can feel exactly how your feet are striking. So, whether you stick to it or not, it is worth experimenting.