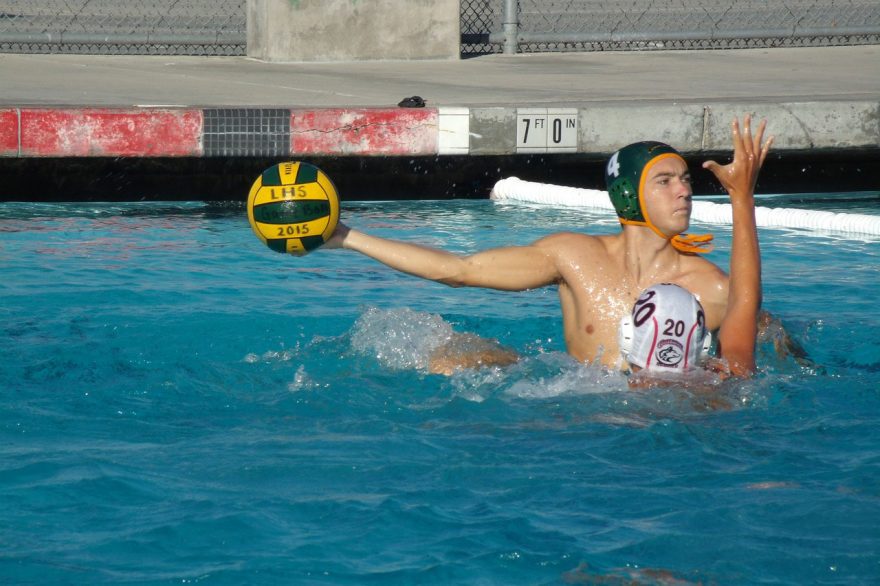 Water polo is one of those sports that, unless you understand the rules, it is easy to watch an entire game and not have a clue what just happened. But, with it being one of America’s fastest growing sports, we thought it was about time to teach you the rules of this fast-paced and sometimes brutal sport.

Water polo can be compared to a few sports, but some of the most common are football, soccer, rugby, handball, basketball and even wrestling. Like soccer, there are two goals and two teams. Aside from clever tactics and teamwork, the main objective is to throw the ball into the opponents’ goals as many times as possible over the four quarters of the game. On each team, there are 6 field players and one goalkeeper. Additionally, there are substitutes, as in soccer.

At the very beginning of the game, each player takes a position along their own goal line and there is a race between the two teams to pick up the ball, sitting in the middle of the pool.

Goals can be scored from anywhere in the pool, however, most often players will pass around in a formation set up between the 5m and 2m mark, passing the ball around to wait for the best time to shoot.

Teams cannot have possession of the ball for more than 30s, which is what makes water polo a fast-paced quick-thinking game. If time runs out in your possession, you’re forced to give over the ball to the opposing team.

It can often seem that fouls are called every two seconds and for no apparent reason. This is where the game gets very tactical. There are two main types of foul; minor and major. Players with the ball will sometimes try to force a minor foul upon themselves by letting go of the ball just as the defensive player places a hand on them. This is seen as a minor foul due to the fact the defensive player is impeding the movement of someone who is now not carrying the ball.

Other common minor fouls include:

A major foul will result in a 20-second exclusion and on the third exclusion, that player will have to sit out for the rest of the game. Some of the most common major fouls include:

Each player is generally assigned an offensive position and will stick to it throughout the majority of the game. The center forward (or pit player) holds one of the toughest spots in the pool, 2m just in front of the goal.

It is usually down to the outer players to land a pass to the center forward, as he will have one of the best shots on goal if he can create space.

Wing players sit just over the 2m mark from goal and it is their responsibility to create space and drive to positions to receive passes and take a shot.

Drivers are always making movements to free space, draw a defensive player out of the setup or dodge their defender to make a space for receiving a pass and shooting.