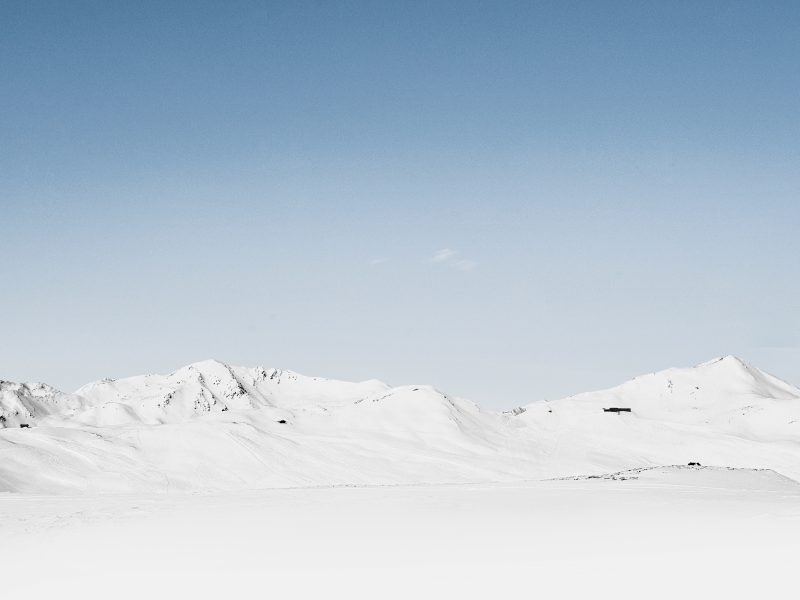 You’re a great winter sports enthusiast and like to find out as much as you can before hitting the slopes for your next big challenge. You’ve mastered many of the different techniques, from skiing to snowboarding, but one thing often remains elusive – the type of snow you’re walking across.

If you’ve ever wondered what sort of snow you’re skiing on or the best kind of snow for your favorite winter spot, we’ve made a list to explain the most common types of snow.

Next time you hit the slopes, you’ll be able to show off your expertise as well as your sporting abilities.

If you’re hiking or climbing, powder snow can be difficult to navigate but is often loved by skiers and snowboarders. Fresh, fine flakes of snow that has newly fallen, layers of powder snow can be incredibly soft – which is good news if you’re a beginner and more prone to slipping or falling until you gain some experience.

Speed is an important factor when you’re out on slopes covered with powder snow, and experts advise that you try to keep up a fast pace and lean back to for added stability.

While powder snow can be fun when you’re out on the slopes, freshly laid snow can also cover up any potential obstacles, such as rocks or crevasses. Due to this, you need to be more vigilant, especially as you will be going at a higher speed.

Once the snow has been frequently used by skiers and snowboarders, it will become what is known as packed powder snow. This type occurs when the new layers become flattened and compressed, which you can also do manually, as well as by traffic from the slopes.

Most skiing slopes will be manually managed and altered by the resort to make it easier for visitors to navigate the course, no matter what their level of skill or experience.

The snow on the slopes is combed by vehicles to make it appear smoother and cleaner. Doing this will also increase the lifespan of the surface and ensure that skiers can continue to use the slope for longer.

When skiers and snowboarders begin to use slopes covered with powder, it starts to become what is known as crud snow. You’ll know when you’re skiing on crud snow, as it will be more uneven, with areas of packed and piled snow.

With crud snow, the freeze-thaw process has already set in meaning the top layers that you will be skiing on will be harder, with a higher density.

The level of compactness can vary throughout the slope, meaning it will include more bumps and lumps over the course of the track. You will find that this creates a higher level of difficulty for skiers, which is why it is important that you remain focused and keep your eyes on the slope ahead of you when out in these conditions.

Crud is closely followed by crust snow. The freeze-thaw process causes the top layer of snow to harden, forming a frozen crust that is generally not favored by winter sports enthusiasts.

Several factors can accelerate this process, including rain and the sun. The top layer of crust snow is often melted and refrozen numerous times. This process creates an icy surface that can pose a challenge to skiers and snowboarders.

The constant cycle of the freeze-thaw process can also create both neve and firn snow.

When snow stays on the ground for an extended period, it becomes compressed by the weight of fresh snow on top of it. This process creates solid granules that become known as neve snow, which then starts to melt in the sun and freezes into a layer of ice.

Neve snow is tightly bound together and has the appearance of large granules.

Firn snow is the result of layers of neve snow remaining on the ground for more than a year, during which time it begins to freeze.

Over many years, firn snow starts to form the beginnings of a glacier, forming compact ice with a high density.

Most people will encounter slush whether they are heading to the slopes or not and many will not enjoy the experience. Slush forms when the snow starts to melt, meaning it can be tough to take part in any winter sports on this type of snow.

Slush is often mostly water, meaning you will need to prepare for your clothing to become very cold and wet if you do decide to go onto the slopes at the end of the season.

As wet snow, slush is heavier than the kind of snow that you will usually find out on the slopes and is most likely to occur towards the end of the skiing season. Experts recommend that you try to avoid going skiing or snowboarding on a course where the snow has started to melt into slush.

Now that you know the different types of snow and how they can affect you out on the slopes, you can choose the best time to challenge yourself with a new winter sport. Different techniques suit different kinds of snow, meaning you can adapt your style when skiing or snowboarding to get the most out of your time on the slopes.