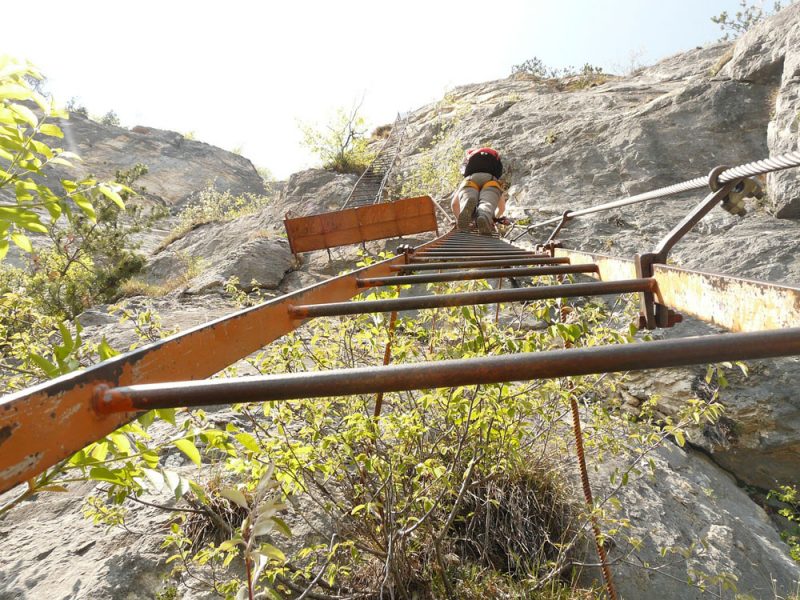 As a naturally competitive and ambitious species, humans continue to push boundaries and take risks in all walks of life. Hiking is one past time which is often viewed as laid back and relatively easy.

The great thing about it though is that it also appeals to those who love danger, due to some of the amazingly risky locations you can hike. What makes some of these adventures the most dangerous treks the world has to offer?

We’re talking about tip-toeing around narrow paths with big drops and rusty old routes liable to crumble if you step foot in the wrong place. What makes these risky treks so appealing? Well, it’s the danger element itself which attracts people every year to some of the most amazing, but challenging places in the world.

A word of warning; some of the hikes below have been known to claim a life or two because of their dangerous nature. They’re not for the feint-hearted at all.

With a promised view of the Inca citadel of Machu Picchu at the end of the hike, Huayana Picchu attracts an adventurous crowd. On this trail you’ll find incredibly narrow stairways, along with old crumbling stones.

The dizzy heights mean you can often be climbing through cloud, which for the unprepared can be dangerous at the very least. Huayna Picchu is also called ‘Hike of Death’ for obvious reasons known if you visit here. At points in the hike you’ll be on hands and knees through narrow tunnels.

There are two trails available; a short one accessible to most and the full one which is far more dangerous because of how steep it is and its distance.

Known by many as one of, if not ‘THE’ most dangerous hike in the world, Mount Hua San features a treacherous cliff face climb. Those brave enough to face it are welcomed to the top with a tea house, a stunning 7000ft up.

In parts of the hike, you’ll be vertical with wooden planks for support and metal chains to hold onto. It’s rumored that there are around fatalities each year, however there is no official statistic. Over time, this is surely one of the deadliest routes for any hiker.

Known as the ‘Iron Paths’ in the Dolomites of Italy, this hike is bound to get your heart racing. The trek here provides access to the kinds of places you would normally only see rock climbers.

The reason it the hike translates as Iron Path is due to the metal handrails and ladders which run vertical up the ascent. Although the route is well looked after, danger comes at points where you have to fasten yourself to the iron path by means of carabineer.

‘The Kings Little Pathway’, as it translates in English, is one of the scariest hikes out there and Spain’s most dangerous. The reason the hike was built was to give access to the hydroelectric plants for workers.

Here, you’ll walk along boardwalks which look down upon steep drops. At points, you need to clip yourself on and you’ll certainly be made to wear a hard hat.

The hike was chosen as Lonely Planet’s top new travel experience in 2015. With the thrills, nervousness and stunning sights you’ll visit here, it becomes clear why this is the case.