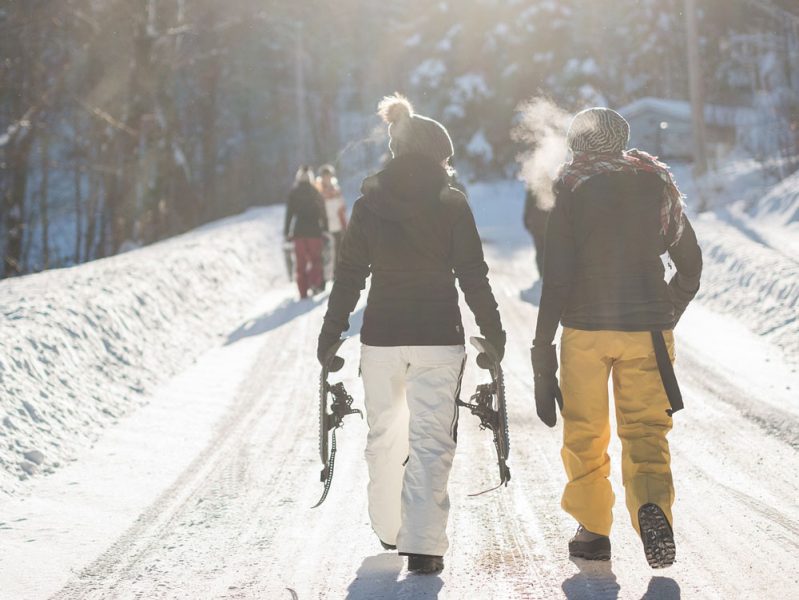 Depending on where you live, winter conditions means that running sometimes has to be put on hold. The icy paths and even snow can make it near impossible to run and still have the same benefit as a run in the summer.

For many, it’s also not as enjoyable, having to be careful of every step with the worry you may slip at any second. If you rely on running in clear paths, then winter can seriously disrupt your training.

Have you ever considered winter alternatives to running? Not only do these alternatives allow you to keep training through the next few months, they’ll also give you a much needed mental rest from the same old routine.

Being flexible and open to new ways of training means that you’ll not get bored of your normal workout, which can help you maintain your training efforts throughout the year. Furthermore, in order for your body to keep improving, it should always be having to adapt to new forms of training. Your body is very efficient gets too used to the same old stuff, which minimises benefit if not changed.

For practical reasons, snowshoeing has been around for hundreds of years. It allows people to get about the in the deeps snow, without sinking.

However, it is also becoming a hugely popular sport, being one of the fastest growing winter sports.

The sport is relatively easy to learn and once mastered, it gives you the opportunity to go on fantastic backcountry hikes and runs. It’s great for burning calories and working your cardiovascular system as the terrain is tough and unpredictable.

Deep and fresh snow is some of the hardest to run on, so for beginners it might be best to take to routes which have been packed by machines.

Cross-country skiing is actually the oldest form of skiing, again coming from more practical routes rather than sporting. For runners, it offers a fun blend of running actions with skiing for a break here and there.

The cross-country routes will take you off the beaten track, which is something you can’t often do with regular running. The skis are built differently from normal alpine skis, being more lightweight and thinner.

Furthermore, the boots only attach to the toes, allow your heel to lift from the ski, giving you a stride motion. If you’re new to it, you should plan out your routes carefully so that you do go beyond your ability level too quickly.

Performing exercise in the water is one of the best ways to stay injury free and challenge your body at the same time. Due to the fact the water supports you, it places very little pressure (if any) on your joints. This is hugely important for runners who are constantly placing their joints under pressure.

The technique of pool running takes some getting used to, but will allow you to really push yourself when mastered. A pool running session can be run a little bit like a HIIT session, with bursts of high intensity followed by short rest.