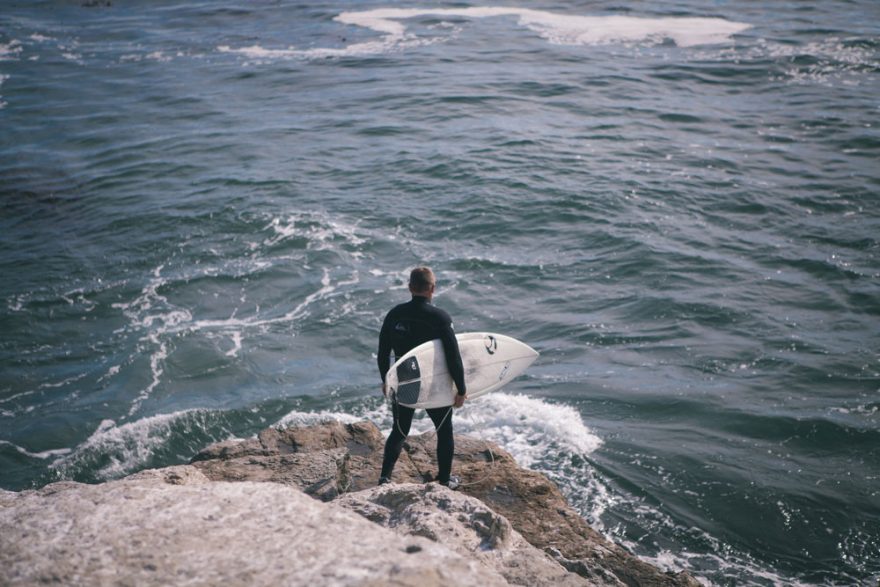 When you love to surf, the only thing that you’ll think about when you see the perfect waves breaking in the sea is to get yourself in there as fast as possible. Any worries you might have had get pushed to the back of your mind as your adrenaline kicks into action.

However, while you’re out on the waves having fun, you’re completely oblivious to all of the germs and toxic properties that are lurking in the water. A pleasurable day out could potentially lead to a trip to the hospital which is due to you really being ‘sick.’

Just because you surf doesn’t mean that you’ll catch one of these illnesses; it depends on the water that you’re in. To find out if your local surf spot is contaminated, a test on the water will need to get carried out. The majority of ocean water is 100% safe to be in, but it’s always a good idea to know about some of the diseases that you could catch while spending a day in the sea.

When you get caught by a wave, swallowing some water is almost inevitable, but it’s something that you should try hard to avoid. Shiga-toxin-producing E. coli, also known as STEC, is a strain of E. coli that can affect surfers if they swallow the contaminated water.

It can cause the infected individuals to experience urinary tract infections, diarrhea and in some cases, pneumonia. Another way to avoid contracting this illness is to wash after coming out from the sea.

In the past, samples have been taken to evaluate and check the quality of ocean water, and in some of the results, the Hepatitis A virus was found. If you haven’t had a vaccination and you ingest any of the infected water, you’re vulnerable to contracting the illness.

If you develop this disease from exposure in the water, you’ll start to get symptoms such as nausea, vomiting, stomach discomfort, a rash, fever malaise and jaundice. Most people recover from the sickness quickly, but for others, it can affect them for up to nine months.

Either through sewage or an infected individual, this highly contagious disease can get released into the water. It can cause vomiting, diarrhea, nausea and stomach pains. If you become ill with this disease, let it run its course and drink plenty of water to keep yourself hydrated. For most people, this sickness tends to last for up to three days.

This disease is a skin condition that is caused by an allergic reaction to microscopic parasites. Symptoms that can surface include red blisters or pimples on the skin, itching and tingling. Medical attention is not usually required as it is a condition that will eventually fade. Again, make sure to wash as soon as you’ve come out of the water.

The bacteria within this virus is halophilic which means it can survive in saltwater. If you have a compromised immune system, you’re at a higher risk of contracting this sickness. The symptoms that most people experience are stomach pains, nausea, vomiting, diarrhea, skin lesions and in extreme cases, death if the bacteria reaches your bloodstream.

This sickness is caused by a bacteria called Shigella. It can cause you to experience symptoms such as diarrhea, abdominal cramps, and fever. The signs of this sickness won’t show immediately; they usually take around two to three days following exposure. You can only catch this disease if sewage has run into the water where you’re surfing.

It’s not usually a serious illness. For most people that contract it, it disappears within seven days without antibiotics. However, in more rare cases, some people can develop eye irritation, painful urination, and joint pain. To avoid this disease, thoroughly wash after coming out of the sea and try not to swallow any water.

As a surfer, you’re more likely to contract one of these diseases due to the amount of time that you spend in the water. More time in water means more exposure to germs and pollutants. Make sure you stay safe in the ocean and if you encounter any of the above diseases, although medical treatment is not always needed, it’s always a good idea to get a checkup just to be on the safe side