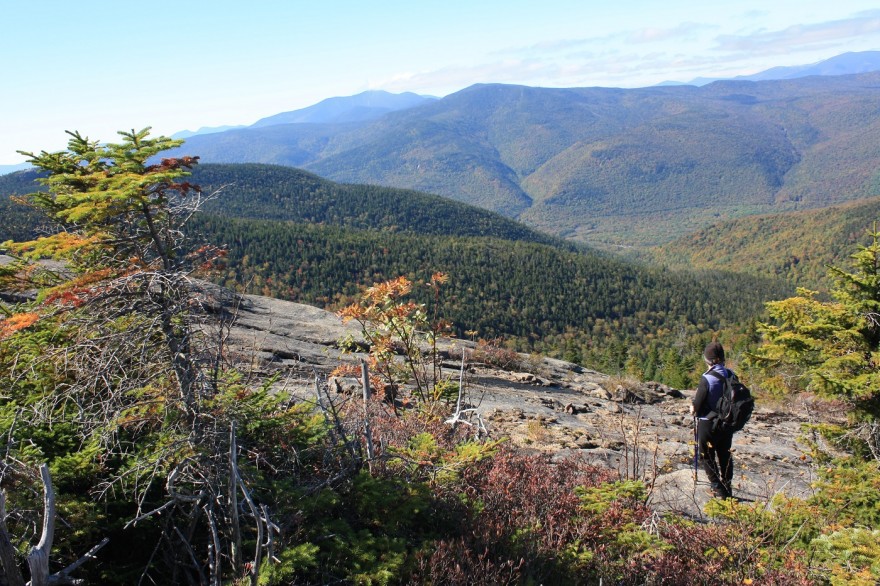 Nathaniel T.P. Davis must have been as hardened as the granite surrounding him. The son-in-law of Abel and Hannah Crawford, members of the pioneering family that brought trails, hotels and visitors to the rugged northern New Hampshire notch that bears his in-law’s name, had an itch to construct a bridle path in the 1800s to the Mount Washington summit.

So he scratched it.

At the time, Davis managed the Mt. Crawford House and set out not far from it to build his trail. His starting point was Bemis, now known to hikers because of the panoramic suspension Bemis Bridge over the Saco River that is the gateway to the nearly 15-mile path meandering across the Montalban Ridge through the Presidential Range-Dry River Wilderness to the top of Washington.

Steadfast in his pursuits, the pathway became the third bridle path up Mount Washington when completed in 1845. But progress marched on and the carriage road and cog railway up the mountain killed the equestrian star around  1853.  The trail fell into disuse and became overgrown until the Appalachian Mountain Club reopened it as a footpath in 1910, largely due to the recollections of an old timer. The gent remembered where the original path was built.

Modern day hikers on the Davis Path can appreciate the dedication and challenges faced by Davis on the southern slopes leading to 3,119-foot Mount Crawford with each punishing step on an achingly mile-long section of stairs.

One certainly would appreciate being on horseback, both up and down, but hikers are their own work horses along the trail that gives way to the Mount Parker Trail  and a short pitch to the wonderful ledges of Mount Resolution.

It is an aptly named peak as Davis was resolute in what many thought was a desperate task. Actually, it was Samuel Bemis, a dentist who summered in the area and a friend of Davis, who came up with the mountain’s name.

Though it might be easy to curse Davis’ damned determination while ascending (and descending) those rock steps, know that for that stubborn section there is also a wonderful meandering mile and more between the Mt. Crawford spur trail and Mount Parker Trail that serves up soft cushions underfoot and stunning vistas in a land less trodden.

The 8.5-mile roundtrip trek using Davis Path and Mount Parker Trail from the U.S. Route 302 trailhead in Hart’s Location leads to the incredible rusty ledges of the 3415-foot Resolution summit. Hikers can turn the challenge into an all-day affair by including Crawford and the Giant Stairs on the journey. But not on this summer-like October day. Mount Resolution was calling and my wife Jan and I answered.

Being resolute helps on that sometimes brutal winding way along the steep ridge. But there is forgiveness as the trail descends after the crest, offering spongy spring at times through the spruce as it ventures into a col and then out to stunning ledges on Crawford’s east knob, Mount Crawford’s cliffs readily on display as well as Crawford Notch and the Bond-Twin Range out to the wests.

There’s more short steeps on the rocks and roots of the Mt. Parker Trail, reached from a junction near where the Resolution Shelter removed in 2012 by the U.S. Forest Service, once stood.

Resolution serves up a series of vantage points offering outstanding looks at beautiful isolation in its land of ledges and low-lying vegetation. The Giant Stairs are desolate and impressive. The Sandwich Range, Willey Range and Bond-Twin Range ripple along the horizon. There’s another peek at Mt. Crawford and Crawford Notch while Webster and Jackson can be spotted as well.

A big plus is being able to wander through Crawford’s east knob ledges a second time and then the rocky expanse before the dealing with the steeps again. They’re excellent excuses to stop and sit for a spell.

Another place to ponder is near the suspension bridge with its series of hideaway camps tucked off the trail. Aching feet will appreciate the level bridge and even more the welcoming riverside picnic tables near the parking area where hikers can get unshod and check their hooves and hocks, er, knees for wear.