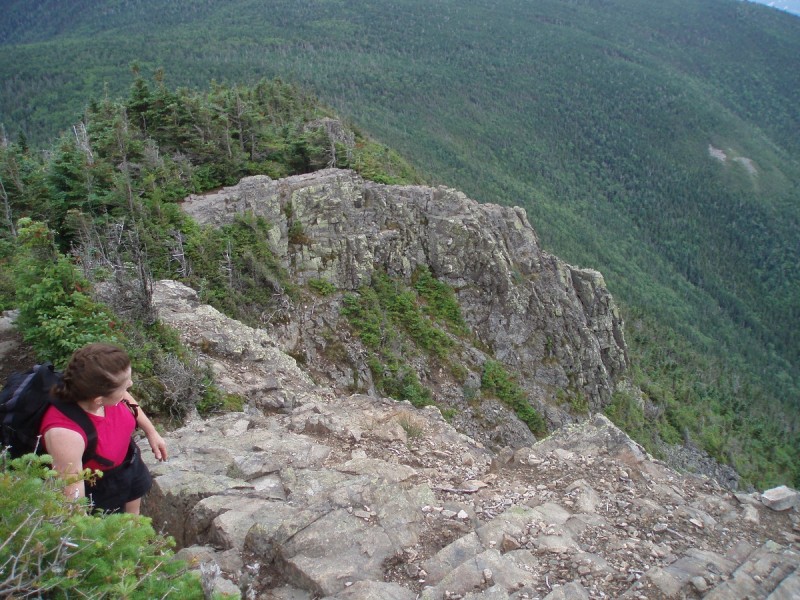 Hikers in the Granite State can buy a "hike safe card" next year. Image by Marty Basch.

Call it voluntary search and rescue insurance for hikers.

Come 2015, voluntary “hike safe cards” from the New Hampshire Fish and Game Department will be available to hikers and other outdoor enthusiasts in the Granite State.

Card holders will not be liable to repay rescue costs if they need to be rescued due to negligence on their part, regardless of whether they are hiking, boating, cross country skiing, hunting, or engaging in any other outdoor activity.

However, people may still be liable for response expenses if they are deemed to be reckless or to have intentionally created a situation requiring an emergency response.

Individuals who possess any valid New Hampshire hunting or fishing license, or a current registration for an off-highway recreational vehicle, snowmobile or boat, will also be exempt from repaying rescue costs due to negligence.

“Being voluntary, it’s too soon to say how much revenue the card will generate. It will contribute some revenue to the Search and Rescue Fund going forward, however, which is an important start,” said Fish and Game executive director Glenn Normandeau in a statement.

People who possess any valid New Hampshire hunting or fishing license, or a current registration for an off-highway recreational vehicle, snowmobile or boat, will also be exempt from repaying rescue costs due to negligence.

The law starts January 1, 2015. Cards are for sale through the Fish and Game website (www.wildnh.com). But there really isn’t a card per se. Users can print out a “card” or save a pdf version on their smartphone.

Funds raised through sale of the hike safe cards will go to Fish and Game’s Search and Rescue Fund, with the exception of a $3 transaction fee going to the automated issuing system vendor.

It is not yet clear how much revenue the voluntary card will raise for Fish and Game, or the potential decrease in revenue that may be associated with not being allowed to pursue reimbursement for related search and rescue responses. In recent years (2011-2013), Fish and Game has conducted an average of about 180 search and rescue missions each year.

State law says Fish and Game can pursue reimbursement for rescue costs if the person rescued is deemed to have acted negligently. But it’s often hard for the department to recoup that money.

The Search and Rescue dedicated fund is supported by a $1 fee collected for each boat, snowmobile and OHRV registered in New Hampshire. That typically brings in upwards of $180,000 a year. Over the last several years, annual Search and Rescue expenditures of more than $350,000 have exceeded revenues, causing a resulting deficit in the Fish and Game Fund.

Normandeau acknowledged that the actual cost of search and rescue far exceeds Fish and Game’s outlay if all the manpower provided by volunteers is taken into consideration. That doesn’t even touch on the amount each volunteer pays for his/her own training, certifications, equipment and time lost from work.

Normandeau also pointed out that, while expected to generate some revenue, the hike safe card does not alleviate the Fish and Game Department’s wider funding crisis.

The card comes as New Hampshire mulls other options to fund Fish and Game. Earlier this month, the Legislative Commission to Study Opportunities and Options to Improve the Sustainability of the Fish and Game Department recommended an annual registration fee for kayakers and canoeists, making changes in the free resident over-68 hunting and fishing license, and authorizing the executive director and the FIsh and Game Commission to set license fees.

The Legislature has been searching for several years for ways to address the funding gap at Fish and Game.

In 2013, the Legislature provided stopgap funding in Fish and Game’s budget, shifting $699,000 in fiscal year 2014 and $893,000 for fiscal year 2015 to keep the department running through the current biennium which ends next June.

“The card is a step in the right direction, creating a means for the broader public that relies on Fish and Game services to help pay for those services, but it is not a cure-all. The deficit in the Search and Rescue Fund contributes to a larger funding dilemma that Fish and Game faces,” said Normandeau.