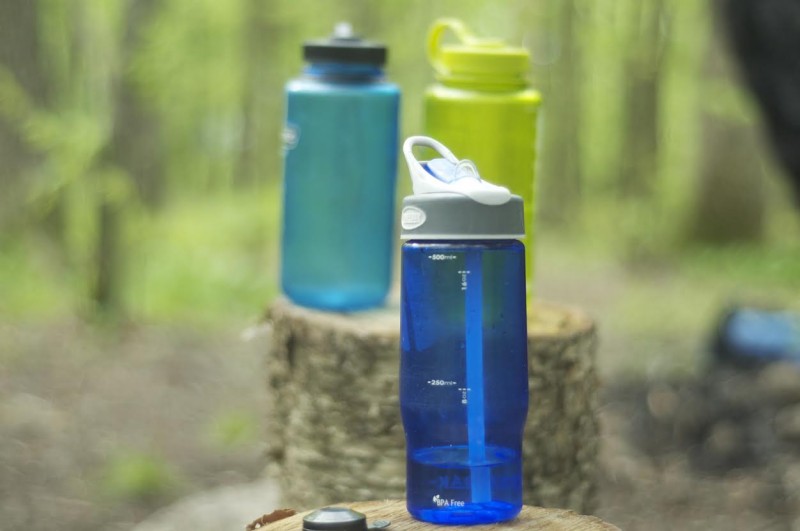 We walked in silence like stoned mummies. The only audible noises were the sound of our shuffling feet and an occasional gust of wind that went all but unnoticed. The last spring we had crossed was bone-dry, and I only blamed myself. If we had only filled up with water a few miles back, I thought over and over.

Dehydration can lead to all sorts of problems, serious problems. On the Appalachian Trail, you’re never in any real danger as long as you keep your hiking guide updated and your water bottles full—at all times. On a recent 43-mile hike from Sams Gap south to Hot Springs, North Carolina, I failed to follow either of those directives—and my hiking partner and I dealt with the consequences. Nothing life-threatening, mind you, but consequences that caused some unusual and unexpected discomfort.

We’d been in Asheville the night before, strolling through the town until the live music from a Patton Avenue pub drew us in. In the early morning hours we rested our heads for a few hours’ sleep before we were up again and off to Hot Springs to meet our ride up to Sams Gap where we pulled on our boots, faced south, and proceeded to walk onto the trail with nothing more than an apple, a few blueberries, and a cup of coffee apiece in our stomachs.

I had done this section of the trail a few years prior. And while I’m not overly enthusiastic about backtracking, or redundancy, Sams Gap to Hot Springs is the perfect distance for a long weekend hike. From the road (Highway 23) we began to climb immediately. I filled my two water bottles that morning in Asheville, and a third, Caroline’s, rested empty in her pack. I knew we’d soon be near water. Or so I thought.

The year 2010 was my first taste of the Appalachian Trail. I had just finished skiing 120 days while living in Steamboat Springs, Colorado, yet there was a considerable difference between those power-bound activities and hauling a heavy pack up a steep trail in the humid air of the southeast. That first day of the hike, my friend and I only did seven miles. On our first day, Caroline and I were determined to get in 10.

It was about the sixth mile that dehydration really began to set in. I’m not an expert mountaineer by any means, but I’ve been “out there” enough to know basic survival rule number one: drink plenty of water. The body can go days, even a week (sometimes more), without food. But death by dehydration can happen in less than a day. That first day, pushing through the sixth and into the seventh mile, we had exhausted nearly all of our water. We’d passed a decent spring four-and-a-half miles into the hike, but thought we were fine at that point. We had one Nalgene left between us, which is another mistake in itself. That last bottle of water should have already been consumed, but at that point in time, we weren’t really thinking about anything more than the current moment, much less the miles ahead.

As we walked on, climbing, the talk and laughter giving way to shuffling feet, I never really thought anything was wrong. I’m a bit out of shape. So what, I thought. Not until we stopped for a break atop yet another hill did I realize that I had quit sweating. Caroline had a somewhat dazed and faraway look on her face and I realized that I’d been somewhat out of my head for the last hour. Dehydration is a potent drug and it was taking both of us down a path that should have easily been avoided.

There was never an immense worry between us and certainly no panic. First, we were past the point of sage wisdom, but most importantly, on the AT, you’re never walking too long without crossing a water source. Another mile we labored under our packs, mostly downhill, until we crossed a spring, listed in my outdated book. It was no more than a trickle, but we gladly, and patiently, filled up all three of our water bottles.

The factors that brought slight discomfort—staying out the night before with little sleep, barely eating before the hike, and hydrating with coffee—could and should have been avoided. But at certain times, at a certain place, with a certain person, you’re more inclined to make decisions suited for the moment rather than the morrow. Shoot first, ask questions later.

One more thing I feel inclined to point out: when we stopped to finally refill our bottles and bodies with water, we both ate a CLIF Bar, which, if you haven’t tried one, are delicious. Hands down the best protein/energy bar on the market. What amazes me most, time and time again, is feeling my body replenish and reenergize just minutes after eating a CLIF Bar. Those last two miles to complete our 10 would have been doable without one, but we wouldn’t have clicked our heels as we strolled into camp for a much needed night of rest and relaxation.