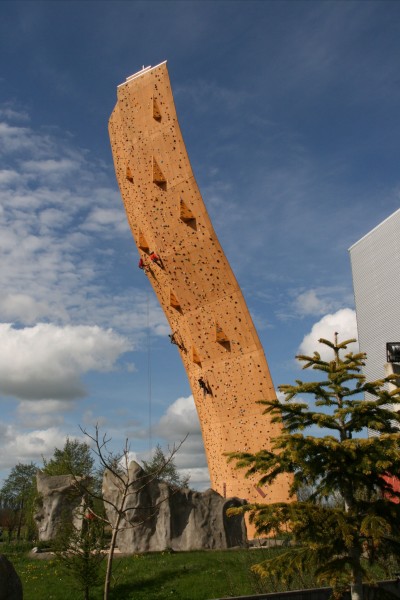 Some rock climbers don’t understand the draw of artificial rock walls. In fact, purists are dead set against them, believing that only natural rocks and outdoor scenes can be considered true climbing. But the great thing about the creation of artificial rock walls by U.K. physicist Don Robinson in the 1960s was that it brought the climbing sport to the masses. Faux climbing walls made rock climbing not only accessible, but novice climbers were now able to hone their skills in a controlled environment before attempting on real rocks. As climbing’s popularity has grown, taller and more complex structures continue to be built. Check out these five man-made rock walls that prove indoor climbing is nothing to scoff at.