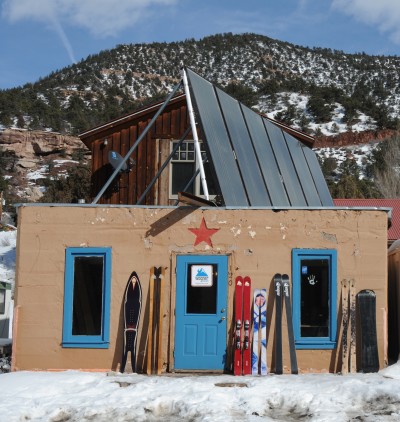 Pete Wagner got his start in ski creation after working in the golf industry, where he designed and manufactured golf equipment in San Diego. He created a number of customized golf clubs for professionals, earning him a respected reputation in the industry. However, he had a love for skiing that overwhelmed his creative side, inspiring him to focus on developing products for the snow sport.

“I was a skier and had a bad experience buying a set of skis that had gotten good reviews,” he said. “I realized I’d been crippling myself by using them.”

Meanwhile, in his work in the golf industry, Wagner was figuring out how to design customized products for each person. He began to wonder why no one was doing the same thing for the ski industry. Armed with an engineering degree from the University of California, San Diego and an MBA from the University of Colorado, Wagner decided to take on the challenge.

In 2006, he launched his company, Wagner Custom Skis, that specializes in producing skis precisely for each individual customer. He had to develop a new manufacturing platform, similar to his prior work with golf equipment, and convert the process toward skis.

“We set up something that was very unique, and things started off better than anticipated,” he said of his Colorado shop. “We [set up] a rapid prototyping manufacturing facility in the US, and we even started getting business from other brands. Otherwise, these brands were forced to go to China or Europe for skis [to places that had rapid prototyping manufacturing facilities].”

He said this unexpected business helped them to generate revenue and hire employees that were able to hone their skills while working for Wagner Skis. But in 2008 and the general economic downturn, the company began to suffer.

“The product development work went away and it forced us to tighten our belts,” he said. “Our investors kind of lost their confidence and weren’t really interested in putting up more money for some ski manufacturing business.”

With the changing economic landscape, Wagner Skis needed to find a way to become profitable again. The answer was to advertise to people within the region who needed to understand what went into creating a pair of skis, and how individually-tailored gear was the best option on the market.

“On the backside of that, it seemed like the attitude of the American people changed. It seemed like people were more interested in supporting companies they could identify with,” Wagner said. “We live in a world of people not really asking questions like, ‘Where did this product come from?'”

He mentioned the movement to more “hometown purchasing” that is evident in the rise of local farmer’s markets and craft-brewed beer.

“Why not buy better beer that’s made by someone in your region that you can identify with?” he questioned. “We’re seeing these trends where people are being more thoughtful in their purchases.”

He said what makes his ski company different is that they only produce custom-fit products.

Wagner said they don’t have stock models, but rather use something called Skier DNA, which helps him determine what skis will be best for each person.

The company highlights the relationship between professional skiers and customized equipment as a way to promote its product.

“Think Bode Miller and Julia Mancuso buy their skis off the rack? Nope. Their skis are carefully hand made in small lots, with a variety of flexes and bases for optimum speed in different weather conditions and on specific courses,” the website stated.

And judging by the reviews, many skiers now understand where Wagner is coming from.

“These beautiful works of arts have been such a joy to ski on,” said Wagner skis user Capi Weaver. “Pete has done a superb job in listening to me and translating this to the design. These planks make skiing seem a level easier, [and] hence make me a level better.”

According to a 2011 Forbes article that shared the story of the company, Wagner said, “These skis are the meeting of technology and craftsmanship.”