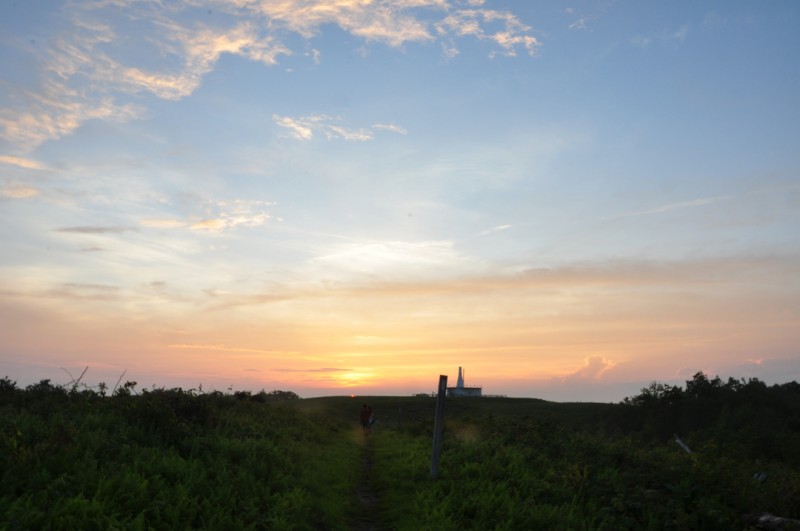 Those who spend enough time in the outdoors can attest to the wonders of humanity and nature that occur there.

As if just being in the outdoors isn’t enough, whether you’re hiking, camping, canoeing, or just wandering, trail magic often appears before us like some sort of phantom to further reinforce the wonders of nature. It materializes when we least expect it: on the last mile of the hottest, hilliest day of your Appalachian Trail adventure, or on the roadways into a town where a hot shower, greasy burger and bed are waiting for you. Is trail magic chance? Fate? Fortune?

Many conclude that living a life relying on fate, just letting everything fall into place “the way it’s supposed to,” is the only way to live. No expectations. Then, when good things do happen, they are that much better. Trail angels, the saints of America’s trails; come in many shapes and sizes. Sometimes they aren’t physically there, just leaving the goods for your honest consumption at a crossing along the way.

But it wasn’t so for me along my trip up the infamous AT. When fate called out asking me if I wanted a beer, I simply kept trudging up the trail. When the pickup truck circled back closer and he called out again, I dropped my pack and almost began to cry tears of joy.

Fate in the form of trail magic, it turned out, was five rafting guides. I was somewhere in Tennessee, a good pace in front of my hiking partner and thirsty as could be. You see, I’m a long-legged daydreamer. I put on my pack and get to walking without really thinking about it.

“Are you a through hiker?” one asked. His name was Beau. I remember that. In fact, he had quite the southern name. Something like Clayborn Forrest Faulkner.

“I am for now,” I replied. Truth was, I really didn’t know how long I’d be on the trail.

The five rafting guides we met on the AT that day.

“Cool. Here you go,” he said, handing me a beer. But this wasn’t just any beer. It was trail magic–an iced down Natural Light with a slice of lime that only fate could deliver in such a timely fashion. It was hot that day and nearing sunset, my mouth was bone-dry, and we’d been 10 days without the amenities of everyday living.

We talked idly until Price, my hiking partner, caught up and himself enjoyed some of the treats they offered. We both drank our first in a swallow or two. Like us, these rafting guides were basically wandering around for the summer, waiting for the next move–it would only be a week later when I got the call that grad school was on the horizon, which ended my tenure on the AT.

We shared our stories of the trail, how on the third night a bear had come into our camp and despite our persistent yelling, climbed the tree where our food hung and stole the whole lot, licking the peanut butter jar cleaner than any dishwasher could ever dream of. They shared more beers and it wasn’t too long before Price and I knew we would not hike any more that day.

The sunset was one of the best I’d ever seen. We were perched atop a mountain in a grassy meadow that sloped off to the west and created a perfect picture show. There was a forest service road that allowed cars and truck access to the field, though our newfound friends were the only other people we saw that evening.

To this day I still think about that little bit of trail magic. Really, it was compassion among human beings–a trait so rare in a world today that seems half-full of hate. It’s amazing how something so small and simple can alter your perception of life. In fact, I still stay in touch with the southern gentleman in charge of the cooler.

When I need to clear my head from life’s stubborn nature, I take to the trail where I can mingle among like-minded individuals and lay in the dirt after a day’s walk through the woods. If you can call it a vacation, it’s the best one I’ve ever been on. Because it’s out there where we get back to the basics of honest living.

Images by Hunter Worth