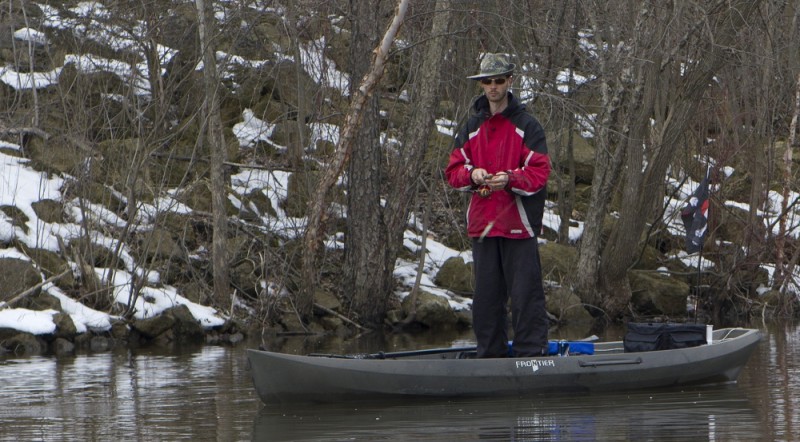 Being a kayak guide and outdoor writer, I am often asked about watercraft. The most asked questions are “kayak or canoe?” and “what do I use?” The answer is no surprise or secret: my craft of choice is the NuCanoe system–hands down.

About seven years ago, I was paddling down Coon Creek in Wisconsin with my then-eight-year-old daughter when all of the sudden, and for no apparent reason, we flipped. The current pushed her into a brush pile and she struggled to escape, the cold water pushing against her. While I was fighting to rescue her, the canoe drifted down stream, and we lost a lot of gear. My cell phone was damaged (they weren’t as easy to come by back then) and we lost a rod and some tackle. It would take quite a few outings on completely stable water before she would get in a canoe again.

A few years later, a buddy of mine’s brother bought a NuCanoe 12. He was bragging about how stable the unit was, and how he can adjust the seating in it. He had me at stability–as soon as I got home I looked at NuCanoe on YouTube, read a couple forum reviews, and ordered one sight unseen.

A few days later, the NuCanoe 12 arrived, and on the first day I had available, I tossed it in the water and put it to the test. It did everything that it was advertised as doing. Modular seating (check), stability (check), and stand up and fish (some difficulty but done). I bought one more for my guide business.

Last year, NuCanoe launched their second model, the Frontier 12. They advertised it as being just as stable as the NuCanoe , but with more features: cast and blast decking for user mobility, scuppers for easy draining and tracking, built in storage compartment, and cup holders. Basically, everything the user wanted in the NuCanoe is found in the Frontier.

Being a fan of NuCanoe already, I purchased my first Frontier when they first came out and put it to the test. The unit is very stable; the built in storage compartment basically runs the entire length of the unit, providing lots of room to place long items such as rods, tents, or blankets. The maximum weight capacity is 650 lbs, but most importantly, as advertised, one can stand up and fish out of it with very little discomfort.