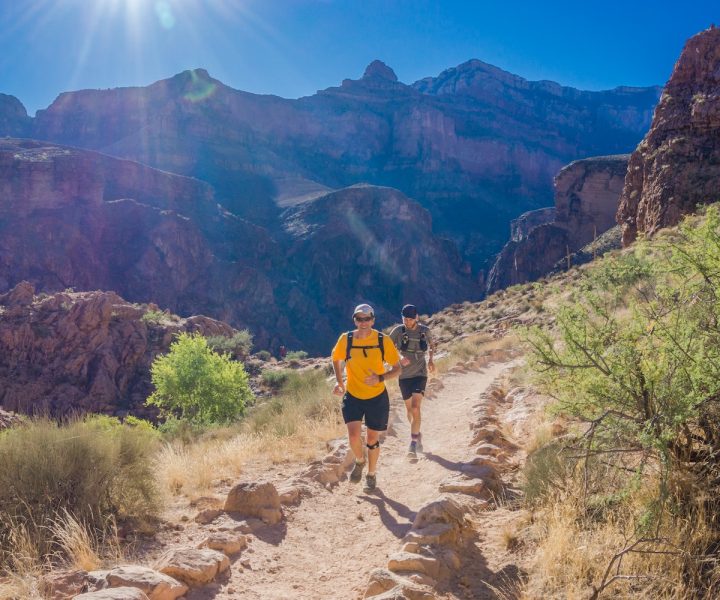 Muscle cramps are very common among trail runners and athletes, particularly those who run long distances. For a long time, the focus was on dehydration, electrolyte loss, and muscle fatigue. However, new research has offered up some fresh advice for those who still suffer from muscle cramps despite taking those extra sodium tablets.

Let’s take a look at two of the most common theories behind muscle cramps, what new research has to say, as well as some preventative steps you can take for avoiding the dreaded spasms.

The important thing to remember at this stage is that even the experts can’t say for sure what causes muscle cramps when doing exercise. We’re about to present you with a couple of common theories, but at this point, that’s all they are; theories.

If you suffer from cramps, you’ll probably have heard this advice before; be sure to hydrate, replenish electrolytes, and take extra sodium tablets. It’s all based on the theory that muscle cramping stems from dehydration, electrolyte deficits, and sodium loss.

Electrolytes are charged particles found in the body that are ingested through fluids, foods, and supplements. Examples of electrolytes include calcium, magnesium, chloride, potassium, and sodium. They are present in your urine, blood, and bodily fluids, and an even balance is required for your body to function properly, including getting the muscles to contract and relax when required.

It is thought that an imbalance of these elements can cause problems with the body’s electrical impulses, with low levels allowing the muscle to contract, but stopping it from relaxing. Indeed, one of the symptoms of an electrolyte disorder is muscle cramping.

An imbalance can occur for a variety of reasons, including a loss of bodily fluids through prolonged sweating. So, the belief is that fluid and electrolyte imbalance caused by excessive sweating and dehydration during exercise can lead to muscle cramps.

To combat this, you need to replenish your body during and after your run with the right amount of fluid and salt. You can get sports drinks that contain your essential electrolytes, or even get supplements or salt tablets if necessary.

How I supplement my electolytes: Powerade Zero, Mio Electolytes/Sport, Magnesium & Potassium Supplements in the AM, Sole Water with Himalayan Pink Salt (1 Tbsp in my water throughout the day), and Pickle Juice. ELECTROLYTES ARE NOT OPTIONAL!! ELECTOLYTES ARE THE ONLY THING BETWEEN YOU AND THE KETO FLU!! Please make sure you are replenishing your body ❤💪🏼

Another option would be to increase foods that are rich in potassium, calcium, sodium, and magnesium. Water-dense foods that are great for hydrating include coconut water, cucumber, watermelon, celery, kiwi, carrots, and pineapple. For additional calcium, look to dairy products, leafy greens, beans, and legumes.

If you’re running in hot temperatures, tend to sweat heavily during your run, or are running for longer than an hour, then consider consuming a sports drink that includes sodium an hour before you head off. You can then replenish every 10-20 minutes while running, depending on how sweaty you get.

The thing to keep in mind with this theory is that strong evidence for it is lacking. Most of it is based on observational and anecdotal studies, rather than sound experimental evidence. One thing to consider is that if this factor alone caused a cramp to occur, then it would most likely not cause a specific muscle group, such as the calves, hamstrings, and quadriceps, to cramp each time. Indeed, you would probably expect to experience generalized cramping.

In fact, one study found that dehydration and electrolyte loss are likely not the sole cause of exercise-associated muscle cramps (EAMC), so if you’ve found that this strategy alone isn’t working for you, you may want to include other options into your preventative program.

The dehydration and electrolyte theory has been around for awhile now, but studies and experience have shown that sodium loss and dehydration can’t be the only explanation for cramps since proper hydration doesn’t always help prevent them, so other possibilities had to be explored.

More recent research has found another possible explanation for EAMC, which is muscle overload and neuromuscular fatigue. The thought is that when your muscles are overworked and fatigued, it leads to a dysfunctional reflex control of the motor nerve.

The theory here is that muscle fatigue causes an increase in muscle spindle activity and a decrease in Golgi tendon organ inhibition, both of which lead to abnormal motor neuron control and sustained motor neuron activity. So, the neural mechanisms responsible for inhibiting muscle contraction are disrupted, while the increased activity in the muscle spindle causes an involuntary muscle contraction that is both sustained and intense.

One study, which measured electrolyte levels in ultra-marathoners, found that there was no significant difference in concentration levels between those who had suffered a cramp, and those who hadn’t. It also found that of those who did have a cramp, every single one either did so in the last half of the race or right after.

Ultramarathon runners competing in a race are likely to be pushing their bodies to the limit while covering long distances. The fact that the cramping occurred in the last half of the race would increase the chances of their muscles being overworked or fatigued at this point.

Certain factors are thought to increase the risk of experiencing overload and fatigue-related muscle cramping, including excessive exercise duration and intensity, poor stretching habits, a history of cramping, and insufficient conditioning.

That’s why, when it comes to prevention, the suggested methods include the following:

Another idea would be to keep track of when you tend to get muscle cramps and what the conditions were like at the time. By writing it all down, you may notice certain patterns form, such as that cramps tend to occur after a certain distance, or when it’s particularly hot out. Knowing this will help you to figure out any changes you can make to reduce the likelihood of a cramp occurring.

If you are suffering from a cramp, you can try passive stretching, applying ice to affected muscles, or massage to help resolve the issue.

What about pickle juice?

You may have heard that pickle juice can help to relieve muscle cramps. In fact, it’s such common knowledge that you can even buy pickle juice sports drinks, but does it work? We take a look at what the research has to say.

Well, some studies have found that it actually does help to relieve cramps. One study, published in Medicine and Science in Sports and Exercise, found that when participants drank pickle juice, rather than deionized water, cramps lasted an average of 49 seconds less.

While it may make sense to assume that sodium and fluids are to thank for relieving the cramping, experts believe that it’s actually the acetic acid found in the vinegar of the juice that’s doing the work. It is thought that as soon as the vinegar touches the receptors in our mouths, it triggers a reflex alerting our brains to tell our muscles to relax. Essentially, it helps disrupt the signals that caused the cramp in the first place.

If you’re not keen on pickle juice, there are other substances that are thought to trigger that same reaction, including mustard oil and wasabi. Instead of having pickle juice, you could try a packet of mustard at your next training session.