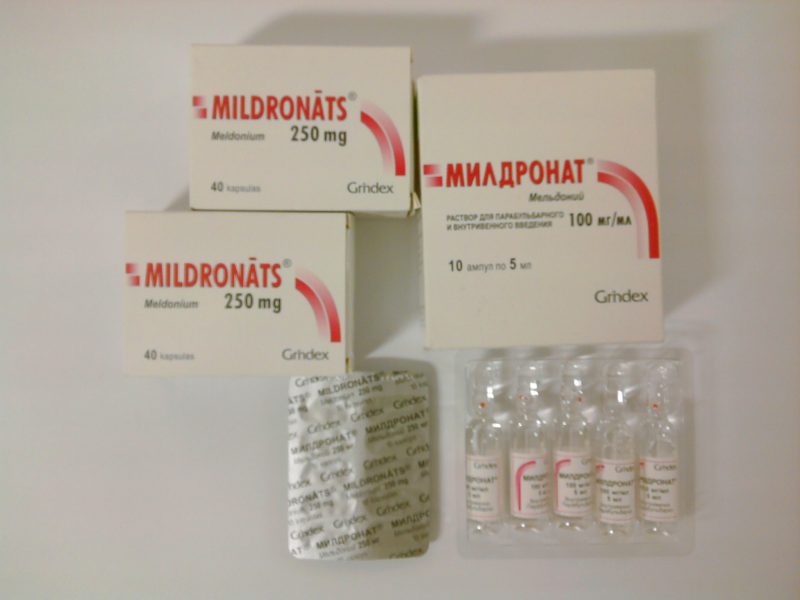 Russian tennis player Maria Sharapova recently released her memoir “Unstoppable,” in which she discusses her recent ban from the sport. Sharapova received a 15-month ban for using a banned substance called meldonium, putting the controversial drug back on the map.

With meldonium gaining popularity, doctors are increasingly concerned that amateurs will start taking meldonium in order to gain an edge. Dr. Paul D. Thompson, chief of cardiology at Hartford Hospital in Connecticut recently said “With this drug’s new visibility, a lot of people are going try it. We’re going to learn a lot about meldonium’s side effects very quickly.”

Deadspin writer Caitlin Thompson recently wrote an article called “I Doped Like Maria Sharapova And It Was Actually Pretty Great,” but we think you should think twice before following in her footsteps.

Meldonium is a drug manufactured in Latvia, and it’s used to treat myocardial infarction (in layman’s terms, a heart attack), chronic heart failure, and angina (chest pain). While the drug, under the commercial name Mildronate is one of Latvia’s biggest exports and its sold over the counter in Ukraine, Russia, and Eastern Europe, it’s not been approved by the FDA for use in the United States.

The World Anti-Doping Agency (WADA) added meldonium to its list of banned substances on January 1st, 2016 due to “evidence of its use by athletes with the intention of enhancing performance.”

The problem with meldonium is that there’s very little published research which demonstrates its safety or efficacy. Most of the available studies have only been tested on animals, and the only human trial was too short and with too small a sample to yield any definitive results.

Why it Could be Used as a Performance Enhancing Drug

When taking meldonium, it shifts your metabolism, gearing it from fat metabolism towards carbohydrate metabolism. When carbs are used as a fuel, less oxygen is required to produce energy, producing a beneficial change in low oxygen conditions, such as intense endurance exercise as it decreases cellular damage and oxidative stress, meaning your body uses energy more efficiently.

Therefore, it seems meldonium can shorten recovery time after intense workouts while enhancing athletic performance. However, all this evidence comes from animal studies, so there is no guarantee that it works.

Even if the drug does work as intended, there are various unknowns associated with the drug, including its interaction with other drugs or supplements. Karen Kopacek, associate professor of pharmacy at the University of Wisconsin-Madison states that “Heart disease patients — who this medication is intended for — often take multiple medications, as well as over-the-counter drugs, herbs, and other supplements. You always have to know how these multiple therapies interact, and with meldonium, we have no idea. Yet another reason why I would never recommend this drug.”

Another reason to be hesitant about improving your performance with meldonium is the lack of evidence of any potential side effects. No side effects have been reported in any of the human studies, which doesn’t sit right with doctors and researchers. “It makes me leery that a trial could go on for 12 weeks and the researchers don’t note any side effects,” says Kopacek. “Does this mean meldonium doesn’t have any?” Nearly all drugs have some side effect, so it’s more than possible we just don’t know what they are with meldonium.

It’s not very likely that the FDA will ever approve meldonium for sale in the U.S. Dr. Thompson says that “It would require randomized, double-blind, placebo-controlled studies, which cost money. Trials would have to be funded by the government, and the National Institutes of Health is not normally interested in helping athletes make more money.”