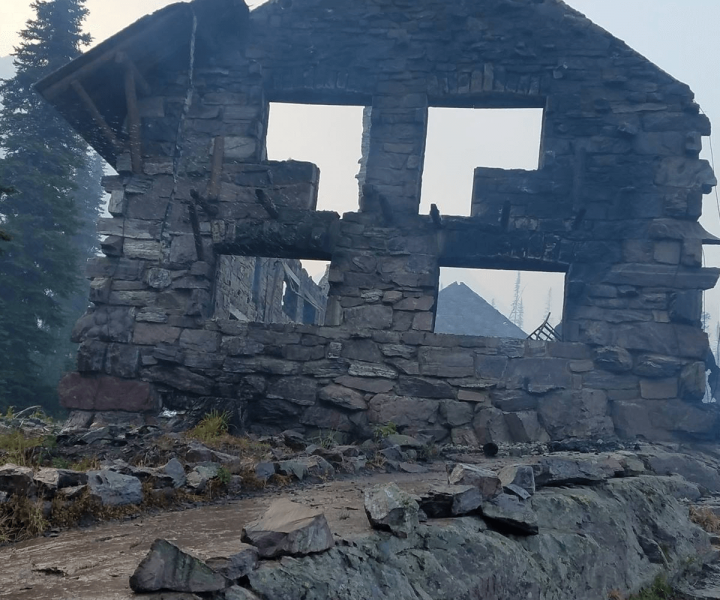 Unfortunately, more than 5,100 acres have now been lost to the fire, including the Sperry Chalet, a national historic landmark built in 1913. On Friday evening, the more-than-a-century-old landmark was engulfed by fire, after high winds caused a run that could not be suppressed by firefighting efforts.

Glacier National Park issued the following statement on their Facebook page: “Glacier National Park is saddened by the loss of the main structure of Sperry Chalet but relieved that firefighters are safe. A highly skilled group of firefighters were assigned to defend the Chalet from the Sprague Fire using an extensive hose lay, sprinkler, and pump system. The hose lay and sprinkler system was tested daily. They also did fuel reduction around the five structures in the area. Protective wrap was applied in exposed wood areas and around the bottom of the buildings with decks as appropriate and safe. Given the remote area, size of the main building, and the stone construction, wrapping it in its entirety was not possible without mechanized equipment. A sprinkler system was installed and working on the Chalet’s roof.”

The efforts to douse the structure in water, add fireproof wrapping to its perimeter and firefighters fighting side by side to save the backcountry chalet were no match for the might of nature.