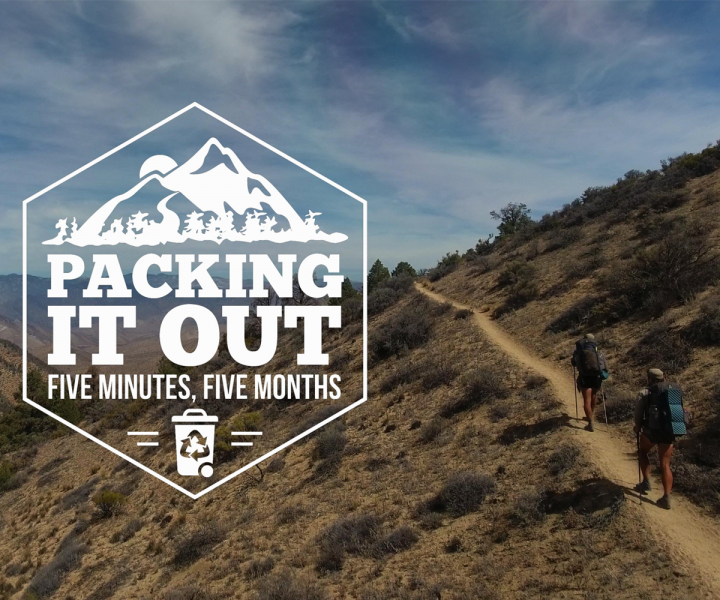 Okay, we might be exaggerating a little bit, as the founder of Packing It Out Seth Orne has had some help. He started his initiative back in 2014, and its mission is to rehabilitate wild spaces and trails all over North America, leaving the places and the people they visit in a better state than they found them.

The core initiative and strategy of Packing It Out is effective and simple: whenever you encounter trash on the mountain, trail, or campsite: pick it up and pack it out. It really is that easy and simple.

Packing It Out was started by Orne as he was thru-hiking the Appalachian Trail and grew exasperated with wilderness areas that seemed to have been “loved to death”. He channeled his frustration and decided to do take some action, albeit in a somewhat spontaneous manner. His train of thought went something like “If there was a bunch of random trash on the floor of your house, would it really matter who put it there, or would you just want to get rid of it?”

With that mindset, Orne and his friends resolved to pick up and pack out all of the trash they encountered on the Appalachian Trail, with the goal of clearing more than 1,000lbs of trash from the AT and its campsites. Their mission was successful, and since that first mission, Packing It Out has removed more than 1,720lbs of trash from the Pacific  Crest Trail and the Appalachian Trail. This year, the crew aspires to bike throughout the country from Georgia to Washington, picking up and packing out any trash they come across in the scenic areas.

We’ve been closely following the story of Packing It Out over the past few years, and we’ve definitely been both impressed and inspired. Their initiative and efforts are something to be respected, and their actions remind us that small actions lead to big changes. It doesn’t matter if you have five minutes to clean up the area, or five months, we can all pitch in to make a noticeable difference. Your fellow hikers and nature will appreciate it!