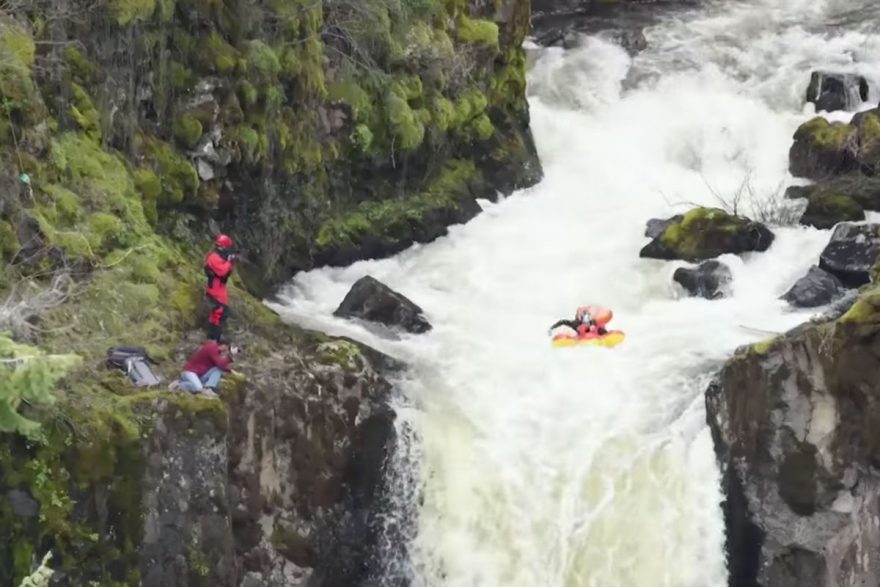 For most of us, it would be considered extreme to run a kayak off a 70-foot waterfall, but it’s just another day at the office for Rafa Ortiz. This Mexican kayaker has now garnered a massive legion of fans by hurling his kayak down 100-foot waterfalls and down the most impressive and difficult whitewater runs.

Ortiz was the first Mexican to ever compete in the World Freestyle Championships, and his kayaking career and passion for expedition paddling has taken him all over the world. He conquered the second highest waterfall in the world back in 2010, The Big Banana Fall in Veracruz, and he managed to overpower The Palouse Falls, the tallest waterfall ever paddled by a man at a height of 57.6 meters.

He is now the star of Red Bull Chasing Waterfalls, a project created to discover unknown rivers, routes, and waterfalls. Ortiz is now so familiar and comfortable hurtling himself off waterfalls that he is now looking to try out different forms of doing so.

His most recent ode to summer sees him hopping on the back of an inflatable pool toy shaped as a lobster, and hurtling himself headfirst off a 70-foot waterfall.

Ortiz told Red Bull that he had been thinking about doing this for some years, as he believes there’s a strange link between inflatable pool toys and kayakers. He’s very familiar with whitewater and waterfalls, so he wanted to bring a bit of comedy into the mix.

He chose the Outlet Falls in Washington after doing some scouting. He’s run this location in his kayak a handful of times before but now thinks it perhaps wasn’t the optimal waterfall for a lobster. Ortiz said. “It has a rapid coming into it and that was the hardest thing — figuring out how to run the waterfall and the rapid. So I just found a rock and jumped really close to the lip.”

Before performing this stunt, Ortiz trained at a 40-foot waterfall where he felt comfortable and knew how to the lip needed to be approached, as the lobster has no speed and he had to translate his kayak skills to an inflatable lobster.

Ortiz made the jump safely, but unfortunately, the same thing cannot be said for the lobster, as it popped and ended up breaking.

We can’t wait to see what he does next!