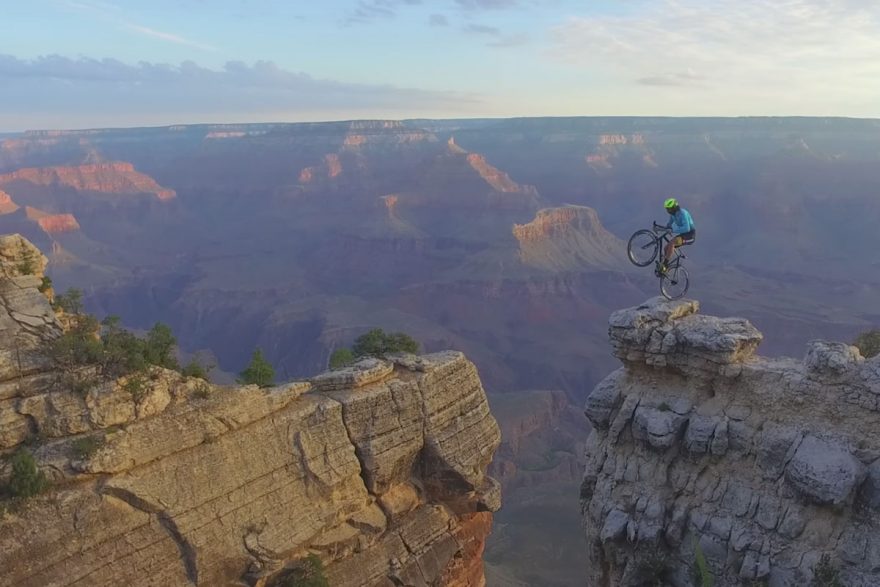 We’re sure this video will make your heart race. Professional bike rider Vittorio Brumotti takes his passion to new heights, riding on the edge of the Grand Canyon, whose depths reach a whopping 6,093 feet.

Brumotti is no stranger to risking life and limb performing death-defying stunts on top of his bike. The last time we saw Brumotti, it was in 2015, where he was making us feel queasy while balancing along a handrail jumping to a rock hundreds of feet above the sea.

He has been performing stunts for most of his life and has won several Guinness World Records. His first record comes at age 27, when he jumped 20 hurdles distanced 1.5 meters apart with his rear wheel, winning his fifth record just two years after that when he plunged into the sea with his bike from a height of 17 meters.

In 2012, he scaled with his bike the Burj Khalifa, the world’s tallest tower located in Dubai. This feat took him just two hours and twenty minutes and earned him his eight Guinness World Record.

While most people are content to watch his road bike skills to the edge of the Grand Canyon, others are left wondering if doing this is even legal. It’s highly illegal to ride trails in the National Park and going off the trail is taking it to a whole other level.

Perhaps the video takes place in an area which surrounds the national park and is not technically the park itself, but from this video, it’s difficult to tell. Do you recognize the exact spot the video was filmed? Can you tell us if it’s legal or not?

Lastly, it goes without saying, but don’t try this at home!