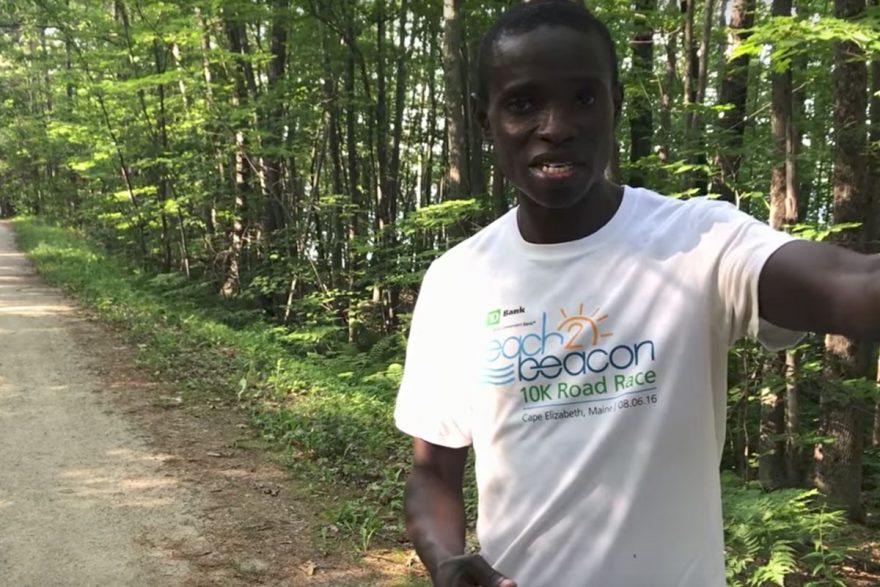 Moninda Marube, a professional runner from Kenya, has his fast feet to thank for escaping two bears that came running towards him, although expert advice states that he should have stopped and stood his ground.

Marube rose early for an 18-mile morning run along the Whitman Spring Road Trail in Auburn. Unfortunately for him, the bears here rise early, too, for their morning drink at the lake.

After passing an empty house just six miles into his run, Marube heard rustling, believing it to be squirrels on dry leaves. Soon after, though, t became clear that the noise he had heard was, in fact, two black bears. Both runner and bears stopped to look at each other before Marube made the split-second decision to run, rather than stand his ground.

“I had to think very fast,” Marube recalled. “Jumping into the lake wasn’t an option. In my head, I know I can’t swim. I fear swimming. I fear water. Secondly, I knew I could not climb up a tree because bears can climb a tree. The only solution I had at that time was to be able to run.”

As soon as he began to run, the bears were in hot pursuit. He ran towards the house, yelling and screaming, and let himself in through a screen door. The bears followed him right up to the door, sniffed around until they left around 10 minutes later. Fortunately, they decided against breaking through the thin screen.

The general advice when you’re confronted by bears is to do the exact opposite. It is known that you should attempt to make yourself appear tall and make loud noises, while slowly backing away. Should the bear charge, you should stand your ground and fight back in any way you can.