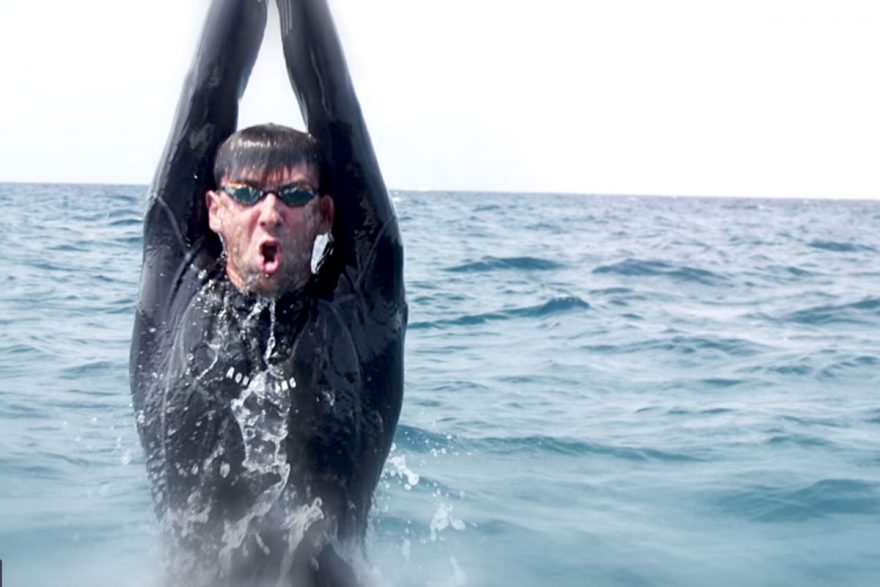 When the news came out last month that swimmer Michael Phelps, the greatest Olympian of all time, is set to race a great white, many thought it was just a wind-up.

After all, with the top speed of a great white being around 25mph and Phelps’ top speed around 6mph, one would wonder how there could be any competition. Additionally, the image we all got of a Phelps in lane 4 and a shark in lane 5 seems unlikely.

Nonetheless, they’re going ahead with the bizarre idea and the trailer has been released, giving away few details but certainly spiking interest.

The Discovery Channel has named the program ‘Phelps vs. Shark: The Battle for Ocean Supremacy’. However, when watching the trailer, you can’t help but get the feeling of going to see a film but already knowing how it finishes. Surely, there’s no way Phelps can beat a shark, is there?

It’ll be interesting to see how it pans out. Whether it’s out of pure curiosity or excitement, it is bound to attract a decent viewing. We imagine Phelps may have an aid or two in order to compete with the shark but that’s just our guess.