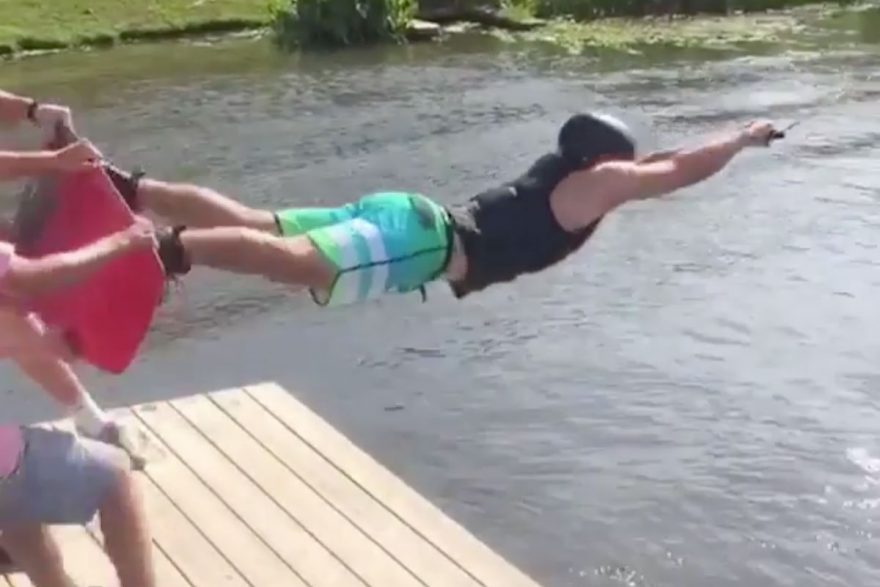 We’ve seen our fair share of wakeboarding launch attempts but there’s one which seems to be causing a few people some problems (and presumably dental costs, too).

Coined as the “boarder throw challenge”, the idea is to get a couple of friends (ideally ones that you can trust) to hold your board until there is enough tension on the rope that you perform some sort of flying start.

Done properly, we’ve got to admit that it looks impressive so there’s no wonder why others want to give it a shot.

However, the trouble with any high risk, high reward activity is that when it goes wrong, it goes terribly wrong. Additionally, all of the trust here is with your friends who need to let you go at just the right moment. Too early and there won’t be enough tension on the rope. Too late and the handle will likely slip right out of your hands because there will be too much tension for you to hold.

The latter is exactly what these lads discovered as they gave the ‘boarder throw challenge’ a shot.

Reckon you could give it a go?