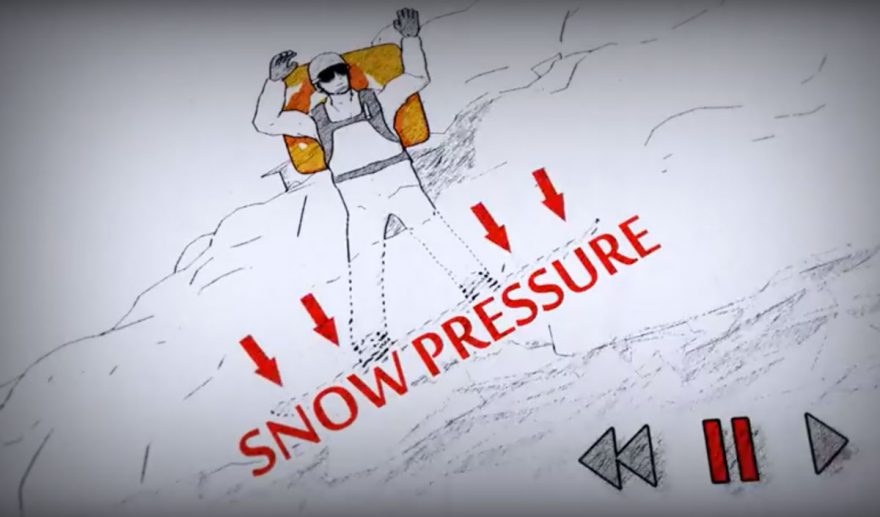 Primarily for use from backcountry snowboarders, the Reverso XV system is designed to blow the bindings off your snowboard using pyrotechnics.

Over recent years, there has been a growing push to keep skiers and snowboarders safe from the ever-present threat of avalanches. We’ve seen some interesting tech produced in order to combat the danger, such as the avalanche airbag and apps to turn your cell phone into a transceiver.

The company, which was founded in 2013, is called Avalanche Float Solutions, and their mission is as their name suggests. They hope with their technology and easy to use systems that they can save lives. The Reverso XV is a wireless system which will release your snowboard from the bindings in an attempt to stop the boarder from being pulled underneath the snow.

Don’t Be Sucked Under

At the moment the rider is being swept by the avalanche, a normal board acts a bit like an anchor, sinking itself along with the rider. This makes it virtually impossible for you to surface and is the most common way death occurs from avalanches; suffocation.

At the pull of a trigger, your bindings will release, reducing the risk of you going down under the snow with your board. However, one doubt remaining is whether or not you’ll be able to think clearly enough to pull the handle in time to save yourself.

This, of course, has been thought through, and the device can be activated remotely by someone else.

The product itself weighs a mere 11oz, so should have minimal impact on your riding, and it is built to withstand the normal bumps and vibrations expected on a ride. It is estimated that you’ll be able to purchase this piece of gear for around $420 and should be available in early spring this year.