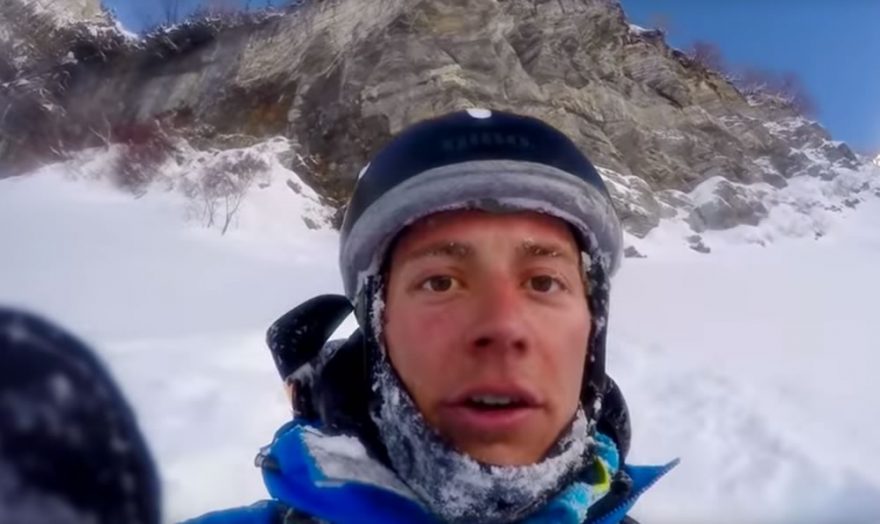 Skiing off a 150-foot cliff and surviving is already unlikely enough. But Utah native Devin Stretton also got it all on HD with his GoPro camera. The video is getting some attention on YouTube and Instagram, with over a million cumulative views.

Turns out I am afraid of heights… Miraculously I didn’t even have a bruise! I did break a lot of gear including my helmet. Thanks to Matt for helping me dig for nearly 5 hours I found my lost ski and skied down. (See more of the video! Link in bio)

“When I saw how big the cliff was when I was going over the edge, I thought I was dead for sure”, Stratton told a local newspaper. Luckily, he had the help of a soft fresh powder snow landing and a backpack of avalanche gear. Other than a scare, a broken helmet (always remember to wear one!), and having to spend five hours digging for his lost ski, Stratton didn’t even leave with a bruise.

Perhaps the only man happier than Devin is GoPro owner, Nick Woodman. We’re guessing that this viral video may drive up sales for the company’s flagship product!

Do you have an awesome video to share? Let us know in the comments below and we may feature it on ActionHub!