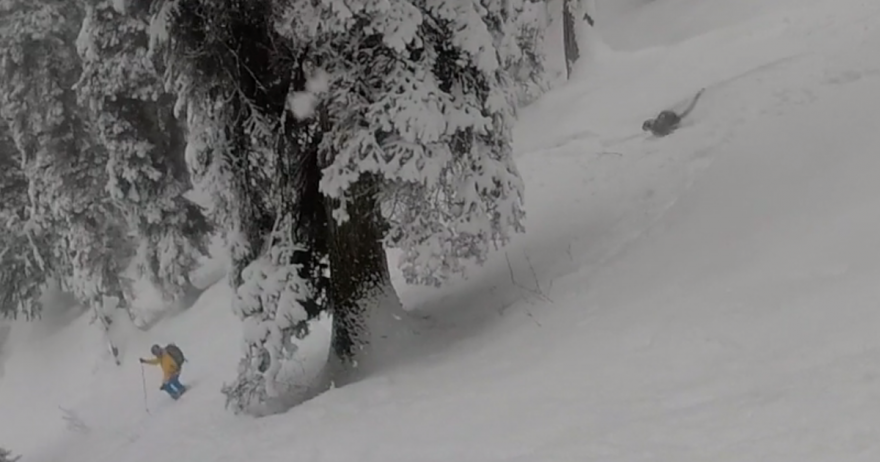 These lucky skiers had a rare encounter with a snow leopard as they carved down a mountain slope in Kashmir.

You have to look closely at this video because the snow leopard’s camouflage expertly blends into the mountain terrain. In fact the hiding snow leopard would have been easily missed by the skiers if not for their attentiveness. The encounter was brief and peaceful, and the cat quickly sprinted off after it realized the skiers were watching.

According to some experts there are only 6,000 wild snow leopards left in the world, and those numbers have dropped 20 percent in the last 20 years. Those stats should really help illustrate how rare this encounter was.