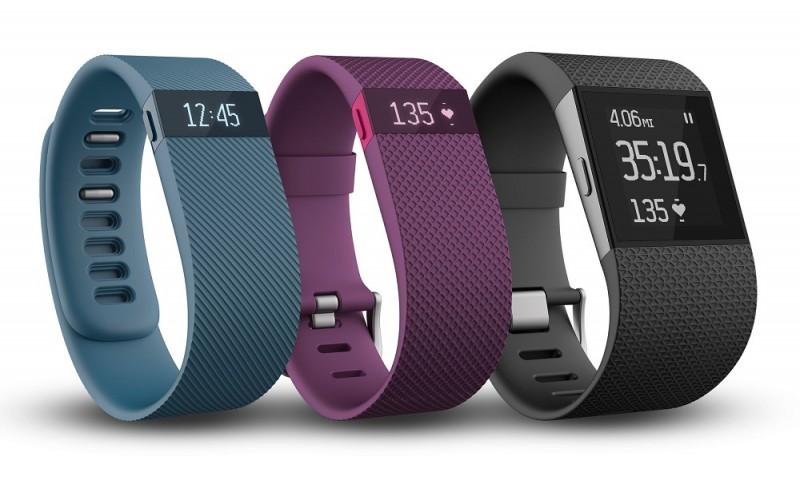 Once the leader in fitness-wearables, Fitbit has been on the industry blacklist after it was forced to recall its popular Fitbit Force wristbands earlier this year following multiple reports of burns and rashes caused by the device. After the misstep, the recent announcement of the new Apple Watch made prospects look even bleaker for the company, though originally Fitbit stated that the two dominant forces planned to work together. So, when Apple severed ties with Fitbit earlier this month, announcing it would no longer sell the products in Apple stores, the once-dominant brand looked like it was teetering on the edge of extinction.

But Fitbit is fighting back.

On Monday, the company announced the release of not one, but three new devices for fitness fanatics. The Charge, Charge HR, and Surge will all measure activity and sleep, with the added ability to sync with users’ smartphones. The company plans to roll out the new models slowly, however, with the first in the series, the Charge, set to be released just in time for this year’s holiday season.

The Charge will retail at $129.95, and is the model that most closely resembles last year’s Force. But the company is learning from its mistakes and promises that this newest offering will be far superior to the last generation. From a tracking standpoint, the Charge will still monitor sleep, steps, calories, and display the time, but it will do so automatically, without requiring users to put the watch into sleep mode.

As one might expect, the major changes will be in the design itself, specifically the wristband, which will now be texturized, lighter, and with an improved clasp. In response to media speculation about whether or not the newest models will cause allergic reactions, CEO James Park told Mashable the company learned a lot from last year’s setbacks. “It resulted in enhancing already stringent protocols,” Park said. “We tested the product at independent labs to make sure it meets the standards.”

Fitbit’s director of product marketing, Lindsay Cook elaborated in an interview with The Huffington Post, explaining that Fitbit reduced the amount of nickel in the products, and even sought the advice of dermatologists. In addition, Fitbit will provide all wearers with “wear and care” guidelines to ensure users keep the products clean and dry in an effort to reduce the likelihood of a reaction.

Fitbit hopes that its latest efforts will be enough to help the company maintain its position as a leader of fitness trackers, as well as eventually gain back the users they lost during the Force recall debacle. In an effort to reach this more skeptical audience, the Charge HR will be released early next year as an upgrade to the Charge, with the addition of a built-in LED heart rate sensor. Fitbit’s final model, the Surge, will be the company’s most revolutionary product to date. Fitbit’s proclaimed “super watch” will be the company’s official launch into the smartwatch market.

But will November see the resurgence of a empire, or the crumbling of one?