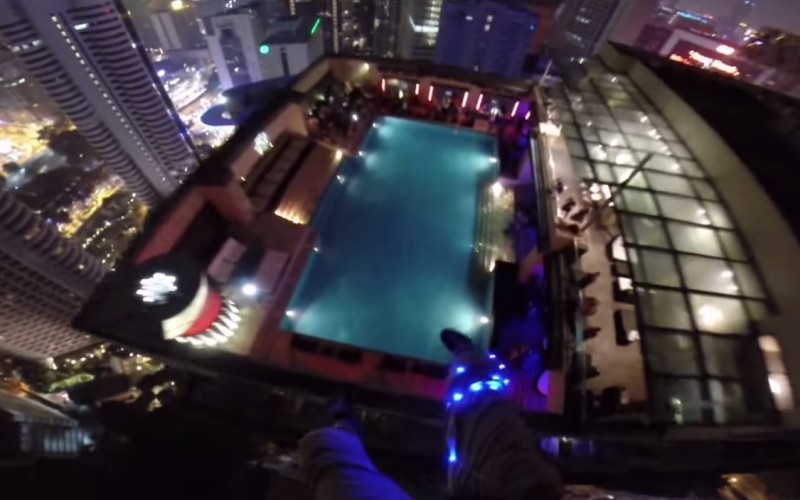 The view of the pool below.

Looking to spice up your next party?

Just invite BASE jumpers John Van Home, Matt Frohlich, and Andy Lewis. The group of adrenaline junkies recently made a splash at a rooftop pool party by arriving via parachute after BASE jumping from the nearby Kuala Lumpur Tower in Malaysia.

Of course, thanks to several GoPro cameras, they caught the entire stunt on film. A head-mounted camera shows one of the athlete’s leap from the 1,100-foot skyscraper, and captures amazing footage of the beautifully illuminated city below him.

He then gracefully glides into the crowd of cheering onlookers, quickly getting out of the way to record his friend as he lands in the pool a few seconds later.

Even though it sounds terrifying, the video below makes BASE jumping look serene. Still, we’re not sure we’ll be dropping out of the sky for our next party entrance.

Check out the daring stunt below: