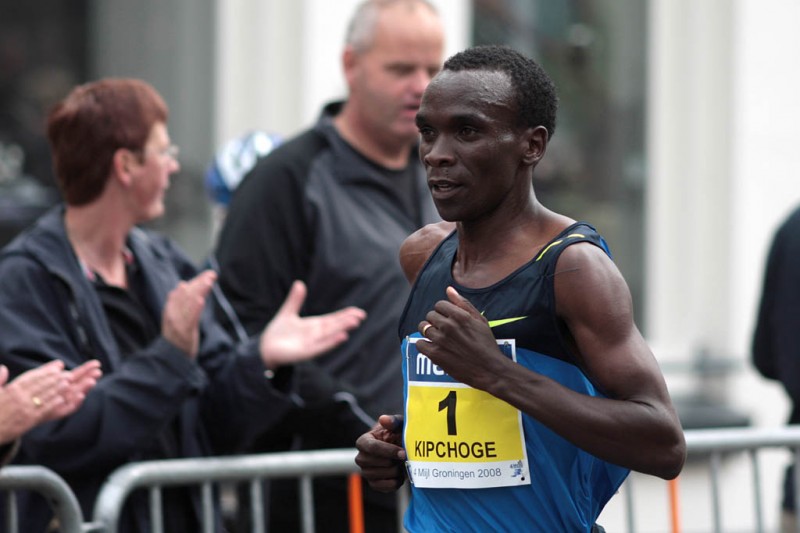 For an athlete who only began competing in marathons in 2013, Eliud Kipchoge’s win at the 2014 Chicago Marathon was pretty impressive.

The 30-year-old from Kenya, best known as a 5,000-meter world champion who has won several medals at the Olympic level, made the switch to road running when he won the Hamburg Marathon with a time of 2:05:30 last year. He beat that time later in the year at the Berlin Marathon with 2:04:05.

He won Sunday’s Chicago Marathon with a time of 2:04:11—his first World Marathon Majors victory. Prior to the race, most assumed the competition would be between Kipchoge and Kenenisa Bekele (Ethiopia), who holds the 5,000-meter and 10,000-meter world records. Bekele ended up falling back around mile 20, allowing for Kipchoge to take the lead. Bekele finished fourth with a time of 2:05:51.

Another assumption was that Bekele would be able to break last year’s record of 2:03:45, which was set by Dennis Kimetto (Kenya), but strong wind conditions slowed the runners down this year.

For the women, Rita Jeptoo (Kenya) took first with a time of 2:24:35. The athlete, 33, has won the Chicago and Boston marathons two years in a row, making her the first person to have won four consecutive World Marathon Majors.