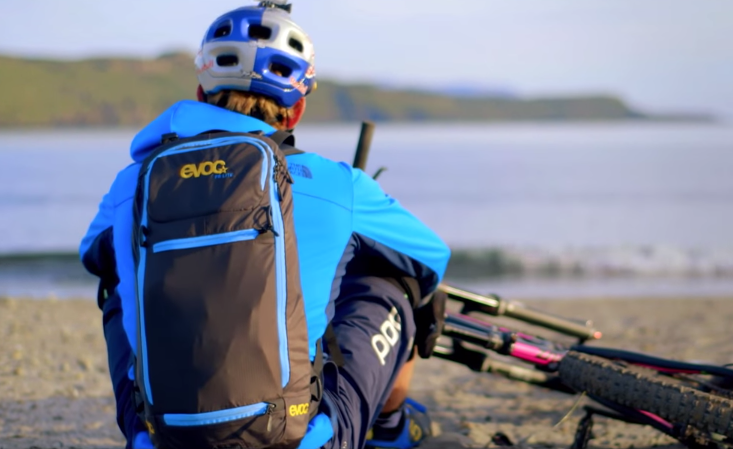 The ending shot in the short film "The Ridge" that features Danny MacAskill.

Danny MacAskill has been featured in yet another astounding mountain bike video, this time taking the filmmaking process back to where he was raised—the Isle of Skye in Scotland. The film, The Ridge, features MacAskill riding a full suspension mountain bike in extremely dangerous terrain.

The film was created by Stu Thompson as his team at Cut Media, along with support from Five Ten and ENVE Composites. In regard to filming in Scotland, Thompson said, “It was certainly one of the most demanding locations we’ve ever filmed, but a rewarding one at the same time. Danny and I are very proud of being from Scotland so it was great to be able to show off the amazing landscape along with Danny’s incredible riding.”

MacAskill pointed to the terrain and fitness as two huge factors in filming. “Ever since I was a kid growing up on Skye I have always dreamt about riding a bike up on the Cuillin Ridge. The project took a lot of planning and was probably one of the most physically demanding films I have ever worked on,” he said. “It was definitely a labor of love though, as I wanted to show off the island for how it is and make everyone who lives there proud to be from this amazing part of the world.”

Check it out below: