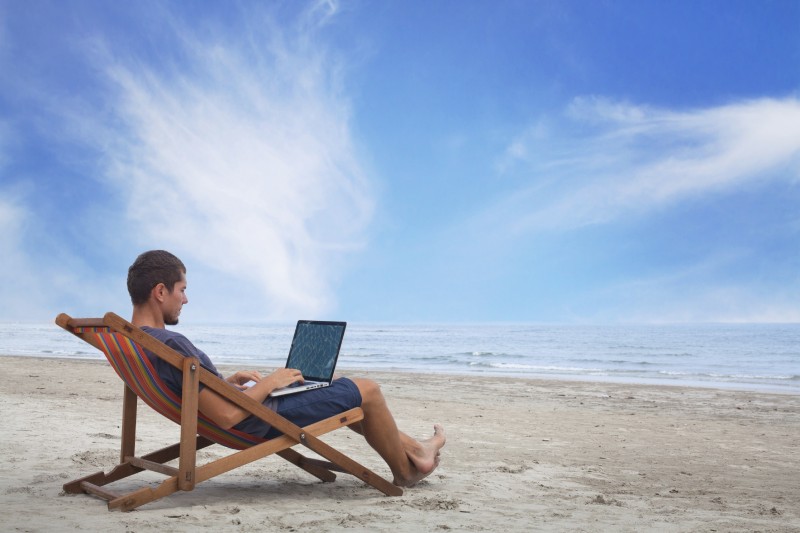 The final challenge asks participants to gather their footage from the past few months and combine it into a short video that shows the essence of their summer.

Vimeo’s Weekend Challenge began several years ago, encouraging novice filmmakers to submit their work for a competition that covered a variety of categories. The initial idea was inspired by Vimeo’s forum-based community when members began to challenge each other by posting videos of their own. “We wanted to give them more support and encourage others to join, so we created the Weekend Challenge,” said Andrea Allen, Vimeo’s director of production and community. “It’s now directly integrated into our education platform, Vimeo Video School.”

A Weekend Challenge series has been running since last month and the fifth and final challenge, the Forever Summer Challenge, launched today and will run through Labor Day.

“The purpose of the summer Weekend Challenge series we created was to reinvigorate the community and really make a push to get more Vimeo users to participate,” Allen said. “To do this we introduced a new video tutorial that launched with each of the challenges to give it more life and add to the sense of community we’re building. It’s fun to see the Vimeo staff participating in making videos ourselves and I think gives our members a good sense of who we are.” The prior topics of this summer’s series included:

5×5 Challenge, “Your Great Outdoors” (July 31): In this challenge, we ask the community to create a short video of five, five-second clips that show what “the great outdoors” means to them. From hang gliding in Hawaii to the herb garden on your fire escape, anything goes as long as your personality shines through.

Convey a Color Challenge, “ROYGBV” (August 7): We ask the community to create a video that conveys all the colors of the visible spectrum, aka ROYGBV. Using one shot for each color—red, orange, yellow, green, blue, (indigo, if you aren’t ready to let go of it not being a real color), and violet—the video should convey these colors physically, spiritually, or however makes sense in one minute or less.

POV Challenge, “Sports!” (August 21): Point of View (POV) is a shooting technique that shows the perspective of a scene from a character or object’s position in the setting. Since it’s summer in many parts of the world, we ask our community to take the POV challenge to the next level and focus on POV shots in sports, or sporty activity, or any kind of competition, or basically: activity. Submissions can be from one POV or multiple shots, as long as the final video is a minute or less and shows off some kind of activity—it’s already a winner!

The Forever Summer Challenge asks competitors to look back through their footage from summer, whether it be on their phone or a DSLR, and compile it into a one-minute videos that “captures the essence of their summer.” Because this challenge runs through Labor Day, this last long weekend of summer provides plenty of opportunities for people to get new footage—although using old footage is completely fine as well. Details for the Forever Summer Challenge can be found in the video below.

In regard to how many people Vimeo is hoping to get involved, Allen said there’s no specific goal, but she said there’s been an increase in participation with each challenge. “I think we’re most interested in getting our community excited to make videos and push their skills forward bit by bit,” she said. “With the latest challenge, we’re hoping to inspire even more creativity.”

The challenge winners are chosen by the staff at Vimeo, and Allen described the process as, “Very democratic, where we watch all the videos and vote on our favorites.” She said the entire Weekend Challenge series is one of the most enjoyable aspects of her career.

“It’s so satisfying when Vimeo members take your idea of the Weekend Challenge and blow it out of the water,” she said of the entries they’ve received throughout the series. “It happens every week.”