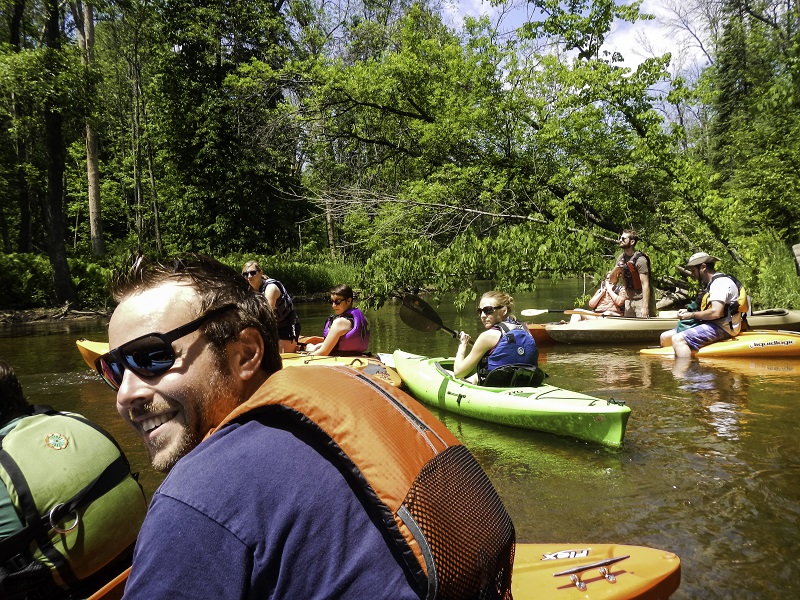 Summit Sport's summer promotion "Protect the World We Play In" gives all outdoor enthusiasts an opportunity to save the outdoors.

Most outdoor enthusiasts are supremely aware of how our world’s natural resources are waning. They see their hiking and camping trails encroached upon by land developers. They watch trash float past them as they kayak down their favorite rivers. They cling to that area inch of clean, pure snow to ski down before it melts into oblivion. Unfortunately, our environment is drastically changing, which is why this month, Summit Sports is calling on everyone to get involved in preserving the lands we love.

Summit Sports began as a small, Michigan-based company looking to make its mark on the outdoor industry. As it gained momentum selling skis, snowboards, and an array of other outdoor equipment, its employees began to see a need to get involved with the community it served.

So the company began to partner with a variety of local charities. The collected jackets, pants, and other clothing for underprivileged families with the help of a charity called LifeBUILDERS. Then they teamed up with The FACES Foundation to host charity golf events that raised money for those with life-threatening lung diseases. Though the company has also hosted initiatives for breast cancer and raised money for soldiers, nature has always been the driving force in its philanthropy.

“‘Protect the World We Play In’ is actually one of our corporate values,” said CEO Steve Kopitz. “Everything we sell has a fun component, but unfortunately some of the natural resources we have out there are diminishing. It is our responsibility to give back to those environments and support our sports.”

Recently, the company has seen significant growth and, in following the current trend, has moved most of its operations online. This also allows them to serve a greater audience, and in Kopitz’s opinion, make a greater impact.

“We are more focused online now, so we are trying to do what we did locally on a virtual, electronic basis,” he said. “It was easy to give back in local stores; people came in and [asked] for your support with whatever they were doing. But once you get online, it’s a little less personal. So we had to figure out how to reach out to that community and make a change in this new virtual space.”

The answer was their flagship program, Protect the World We Play In.

The initiative, which began last month and runs through July 31, allows online customers to pick one of three charities they would like to donate to at the time of checkout. Summit Sports will then donate 1 percent of each sale to Leave No Trace, the Clean Water Fund, or American Trails.

“We wanted to work with charities that tied into our summer websites, InlineSkates.com, WaterOutfitters.com, and CampGear.com, and would specifically relate to those customers and the sports that they participate in,” Kopitz said. “We want to give our customers a choice, so we are continuing to work to develop more sophisticated promotions.

“Everyone has given really positive feedback,” he continued.

Though the initiative will conclude at the end of the month, Kopitz and the team at Summit Sports will use the data collected to launch an even bigger winter program in honor of its most prominent holdings, skis.com and snowboards.com.

“Skis.com and snowboards.com are our largest sites,” he said. “We have about 70 percent bigger of an audience for these sports, so we see this as an even better opportunity to make a difference.”

An avid skier himself, Kopitz expressed his concern with current global warming patterns. “Skiing and global warming do not mix well,” he said. “There is obviously less snow than there used to be. We want to be able to preserve what we have and maintain the sports we love.”

With the cause so near and dear to his heart, Kopitz said the winter program will be on a much larger scale. Public Relations Coordinator Jess Kopitz explained the rough plan, saying, “It will be pretty similar to what we are doing for summer—giving a percent of sales to a charity that our customers can choose—but we hope to also make it possible for them to donate on their own through our site. Maybe even make it a contest; we are still working that out.”

“This contest is a small piece of our overall mission,” Steve Kopitz said. “We are about a lot more than just trying to make a profit; we want to create a great experience for our employees and our customers. We truly adhere to our values, and think it’s important to exhibit them, not just leave them on a piece of paper. This initiative is just one step toward doing that.”

To get involved with Protect the World We Play In or to learn more about Summit Sports, visit the websites InlineSkates.com, WaterOutfitters.com, and CampGear.com