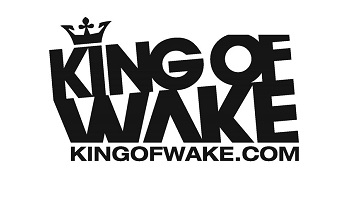 King of Wake is proud to announce a new partnership with CONTOUR, pioneers of the action sports camera industry, naming the brand the exclusive camera of wakeboarding’s elite series. As the premiere camera sponsor, CONTOUR will have a team onsite at all eight 2014 King of Wake events showcasing its product line, hosting product demos and offering fans exclusive athlete meet-and-greet opportunities.

“The sport of wakeboarding is very important to our brand and we feel it’s best captured from the athlete’s point of view,” said Danny Lysenko, CEO of CONTOUR. “We’re excited to be a part of this fantastic event as the official camera of King of Wake.”

In addition to directly engaging with spectators at each tour stop, CONTOUR will also be the title sponsor for The CONTOUR Big Air Kicker Contest at each King of Wake stop. The specialty event features some of the sport’s biggest names launching from a kicker ramp to perform jaw-dropping aerials that are typically not attempted in a traditional contest format.

Point-of-view footage captured with CONTOUR’s low-profile, high-definition cameras will be used in the production of NBC Sports Network’s coverage of all eight 2014 King of Wake events.

For more information on the 2014 King of Wake Series visit: www.KingofWake.com