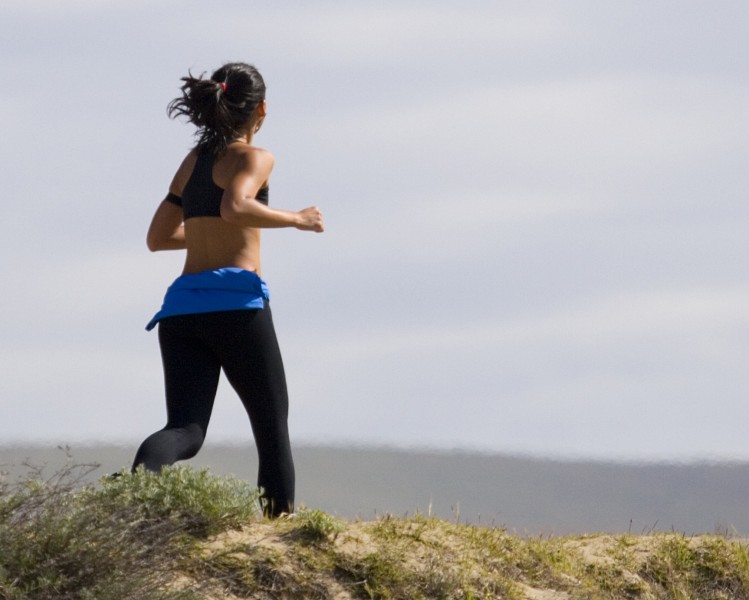 Exercise in your twenties may help your cognitive skills remain sharper later in life.

Want to increase your brain function? Results from a study recently released by the National Heart, Lung and Blood Institute suggest that young adults who run may be doing good things not only for their bodies, but also their brains.

The ongoing Coronary Artery Risk Development in Young Adults Study, or CARDIA, released the news to the journal Neurology on Wednesday with findings that support the link between heart health and mental functioning later in life. The study began in the mid-1980s, when about 2,700 men and women age 18 to 30 were chosen to be examined. In the first stage, each person participated in a short treadmill test to assess their fitness levels that would be used as a baseline for follow-ups.

Since then, the scientists have collected data nine other times from the test group, all of whom are now in the 48 to 60 age range. Scientists recorded information about current health, weight, lifestyle, and other factors that will be documented in other papers. One, released in 2010, linked young adults’ fitness levels to weight gain later in life. According to the research,“men maintaining high activity gained 2.6 fewer kilograms and women gained 6.1 fewer kilograms compared to their counterparts in lower activity groups.”

The most recent finding, collected from a check-up in 2010, came from a variety of cognitive tests participants took that measured things like memory, reaction time, and ability to reason out problems or trick questions. Researchers discovered that those performed better in the fitness tests 25 years earlier were now not only more physically fit, but also more mentally aware.

David R. Jacobs Ph.D., one of the main researchers in the CARDIA study, believes that, though there is little known about the brain’s “thinking skills,” the findings align with what we already know about the body and exercise. “The brain requires lots of oxygen which is delivered by blood vessels,” he explained to ActionHub. “Therefore behaviors and physical aspects that are good for the blood vessels (the vasculature) are also good for the brain.”

But Jacobs also warned not to take the results too generally. “I think the message of this study is, if the people with low to moderate fitness simply do things, be engaged in family, job, community, move around, they would be able to do better on a treadmill test,” he said. “Basically, people who start moving around are likely to reap the benefit of less loss of thinking skills by [an] average age [of] 50.”

CARDIA plans to continue to studying the effects of fitness on cognitive function, as well as other areas of life. According to Jacobs, “the hope is to carry this through old age, which will give a glimpse of how youth affects old age. We have already published several studies showing relationships of youth lifestyle and physical status with cognitive function in late middle age; more papers are in the pipeline.”

But for now, Jacobs encourages those where are active to just keep doing what they are doing, and know that when you are active, you are keeping your brain (as well as your body) healthy.