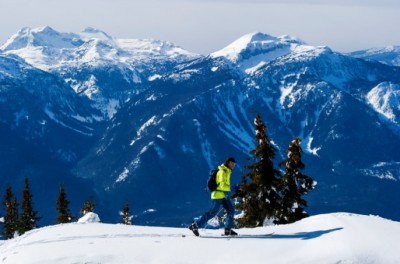 After 31 days, Greg Hill reaches his personal goal of climbing and skiing more than 300-thousand feet.

Salomon and Suunto are proud to announce professional backcountry skier and mountaineer Greg Hill has successfully completed his 100k March Madness Challenge – setting a record for the most vertical feet climbed and skied during one month.

To accomplish his challenge, Hill planned to climb and ski approximately 12-thousand vertical feet per day, for four days, followed by one rest day throughout the month. On average, he climbed for more than seven hours each outing.

The stage for Hill’s feat was the backcountry near his home in Revelstoke, British Columbia, Canada where he summited 10 peaks over the course of March Madness.

“It was a great month of human-powered powder searching,” said Hill. “I’m fortunate to work with the companies I do who equip me with gear that allows me to push my limits safely and effectively.”

Part of Hill’s March Madness Challenge included on-slope beta reviewing and feedback on new products that will be released to the public for the winter of 2015/16. During his challenge, Hill tested products from sponsors Salomon and Suunto.

In 2010, Hill gained world-wide recognition for his Greg Hill 2 Mil campaign, in which he logged two million vertical feet ski-mountaineering in one year. Hill’s 24-hour record is 50-thousand vertical feet.

Watch Hill explain the challenge prior to his start here: