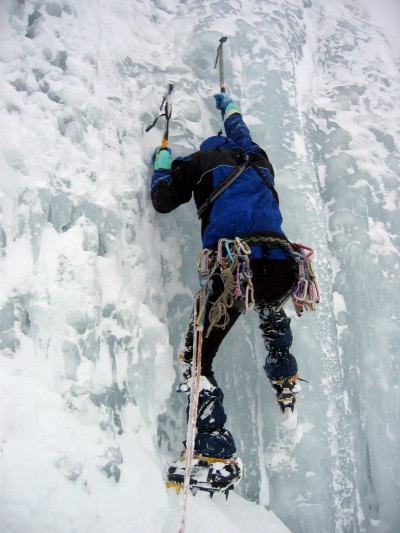 Although ice climbing will not be included in this year's Winter Olympics, there will be athletes demonstrating the sport at the venue in Sochi.

A meeting was held between officials from the International Mountaineering and Climbing Federation (UIAA) and the Association of IOC Recognized Sports Federations (ARISF) regarding whether or not to launch a bid to include ice climbing and mountaineering in the 2022 Winter Olympics.

The UIAA initiated the meeting, which was held at the ARISF headquarters in Lausanna, Switzerland. UIAA Project Manager Sophie Gérard and Youth Commission President İsrafil Aşurlı were invited by ARISF Secretary General Riccardo Fraccari, who gave the two a summary of the organization’s recent activity, as well as plans for the future.

The need for the meeting was fueled by the UIAA representatives saying they are working to not only promote and grow the sports they represent, but have more youth get involved as well. The organization plans to launch the inclusion plan for the 2022 Winter Olympics sometime in 2014.

In order to get people on board with the idea of including ice climbing and mountaineering in the official games, the international governing body will be in Sochi for this year’s games running a demo zone in the Olympic Park that will give those in attendance the opportunity to try the sports.

Ice climbing can come in the form of frozen waterfalls, ice slabs, ice-covered rocks, or even artificial structures that are covered in ice. For those who are questioning how it would transition into being a competitive sport, ice climbing competitions are currently held in South Korea, Romania, Switzerland, France, and Italy. There is also a World Cup circuit that is promoted by the UIAA.

As for how attempts at inclusion of climbing-related sports have done in the past, sport climbing—organized under the International Federation of Sport Climbing—had an unsuccessful bid for inclusion in the 2020 Summer Olympics.

Image from Bernhard on the Wikimedia Commons