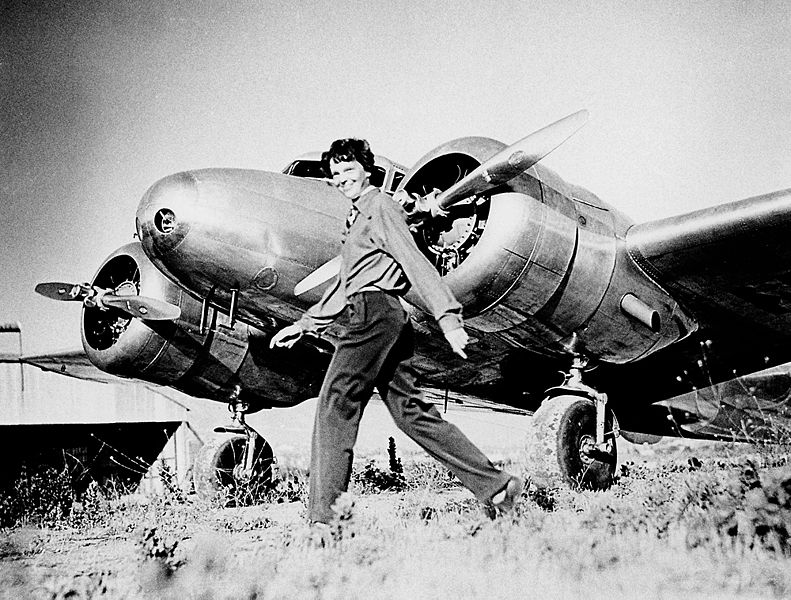 Amelia Earhart disappeared along with her aircraft on a 1937 flight over the Pacific Ocean.

A recent announcement from The International Group of Historic Aircraft Recovery (TIGHAR) revealed that the wreckage from Amelia Earhart’s 1937 flight might have finally been found.

Sonar imagery pinpointed an object near Nikumaroro Island in the Pacific Ocean, precisely where experts believed Earhart to have disappeared during a flight to Howland Island. According to TIGHAR, the object is the right size and shape of Earhart’s Lockheed Model 10 Electra. While the sonar image’s low resolution makes any sort of identification difficult, TIGHAR experts believe they have a good case for having found the real deal.

A sonar image taken in March of waters off the coast of Nikumaroro Island.

Earhart set out in 1937 in an attempt to make flight around the world. She had previously flown solo across the Atlantic Ocean and held the record of being the first woman to do so. Along with her navigator Fred Noonan, Earhart departed from New Guinea on July 2 intending to reach Howland Island. It is during this leg of the journey that the plane mysteriously disappeared after a garbled series of radio transmissions. At the time the United States Navy believed that it was possible for Earhart and Noonan to have crashed or landed in the previously uninhabited island of Nikumaroro, then known as Gardner Island. However, very little evidence existed at the time to confirm this theory and Earhart’s mystery became the focus of public fascination and conjecture.

Then, artifacts were found on the island which may be related to the 1937 flight. TIGHAR, which had been on Earhart’s trail for the last 25 years, funded several expeditions to the island and found various tools, fragments of clothing, and even pieces of plexiglass believed to have come from Earhart’s plane. Now, sonar imagery has revealed what may very well be the remains of Earhart’s last flight.

“What we have is something that looks like what we think the expected wreckage should look like right in the place where we expect it to be,” TIGHAR’s executive director Ric Gillespie told Yahoo News. “That’s what’s so enticing about this, it looks different from anything else out there.”

Using a remotely operated vehicle 600 feet below the surface of the water, TIGHAR found an “anomaly” balanced atop an underwater cliff. Its precarious position could mean that the object will eventually tip over into more inaccessible areas.

The object sits on a slope of stepped cliffs and could potentially fall into deeper waters.

Gillespie says the next move for TIGHAR is to raise a necessary $3 million for a 2014 expedition back to the site, hopefully before the object moves. In the meanwhile TIGHAR will send the sonar data out for analysis by independent experts as Earhart’s mystery slumbers. Previous expeditions were sponsored in part by Lockheed Martin, the company that built the custom-designed plane Earhart flew for the record attempt.