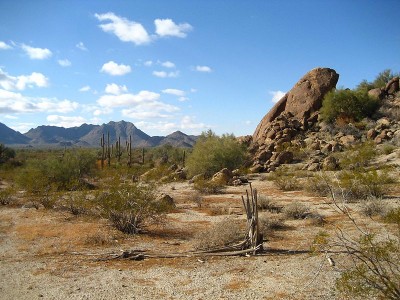 Valley fever, or coccidioidomycosis, is caused by inhaling fungal spores in dust clouds. This potentially deadly disease is common in arid Southwestern states, including Arizona, California, New Mexico, and Utah. Although treatable, valley fever is often misdiagnosed and sometimes overlooked for the other usual suspects, such as tuberculosis. This is partly because the fungal infection often mimics the common flu and sometimes displays no symptoms whatsoever.

According to CBS News, the disease is affecting a much larger number of people than it did several years ago. A major reason for this is the increasingly arid climate of the Southwest and in worst-case scenarios, drought.

“When it dries up, that’s when the fungus goes into the air,” Dr. Galgiani of the Valley Fever Center for Excellence said. “So when there is rain a year or two earlier, that creates more cases if drought follows.”

Wildfires and increased wind traffic could also be to blame for valley fever’s increased range.

The Centers for Disease Control and Prevention reports that cases of valley fever have been skyrocketing. California rose from 700 infections in 1998 to over 5,500 in 2011. Arizona followed with even higher numbers: a recorded 16,400 in 2011 from 1,400 in 1998. Overall, the number of cases across the country rose a staggering 850 percent.

If mistreated or ignored, valley fever can prove to be fatal. In a small number of patients the infection can spread from outwards from the lungs to target vital organs, such as the brain. Severe symptoms could include blindness and lung failure, and the condition can be fatal.

Outdoorsmen and residents who work outside are primarily at risk, as the dust kicked up by shoes and tools is increasingly hazardous. Humans are not the only ones at risk, wildlife and livestock are also affected by the disease. The CDC recommends several preventative measures:

You can learn more about the disease and treatment options here.