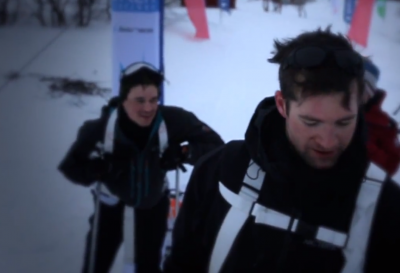 Expedition Amundsen is perhaps one of the world’s toughest ski races, and held in the equally brutal Hardangervidda mountain plateau in southern Norway. The site is the largest such plateau in Europe, and to give an inkling of the weather conditions there, also holds some of the continent’s largest glaciers. The expedition took more than 130 competitors on a 60-mile race through some of Norway’s most inhospitable landscapes. It is a competition that would make the race’s namesake, South Pole explorer Roald Amundsen, proud.

Contestants knew what to expect and trained to not only survive on the plateau, but to win. However, this year’s event became especially hazardous with the arrival of a large storm, throwing heavy snow and wind into the mix. Participants were told that no help could reach them in case of an emergency, and that they should back out of the expedition if they had any doubt of their abilities to handle the storm. As the weather changed, race officials made the decision to halt the race so contestants could seek shelter. According to the event’s website, 63 athletes remained stranded on the plateau for nearly 36 hours during the height of the storm.

After the inclement weather passed the skiers were able to safely descend from Hardangervidda, but not before the race was finished. Thomas Andersen won the race at 21 hours and 55 minutes. Now nearly a month after the race, the expedition has released a short video detailing their ordeal.