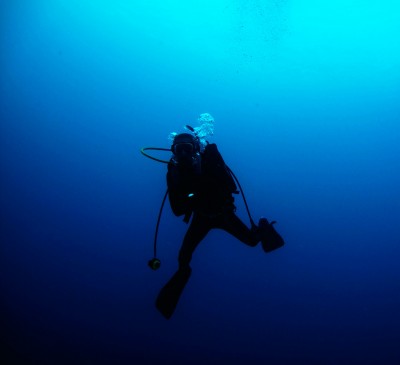 Sean McGahern, 38, of Malta tried to break his own record of the longest open sea, cold water dive on Sunday.

According to Times of Malta, his previous record setting dive was a staggering 12 hours and 34 minutes in St. George’s Bay. McGahern dived in the same location for his most recent attempt, aiming for 15 hours underwater.

He knew it will not be a comfortable trip. For the attempt to qualify for the world record, the water has to be 15 degrees Celsius or below. While the temperature might seem balmy to some, extended underwater exposure at that temperature could lead to a number of complications, not to mention being downright freezing by the end of McGahern’s proposed 15-hour stay. Attendants accompanied McGahern underwater to help him change air tanks as well as giving him a measured ration of food–in the form of bars-and fresh water. The diver planned on getting an hour or two of shut-eye.

Unfortunately that was not necessary. A few hours into the attempt McGahern discovered that water was seeping into his drysuit and compromising his body temperature. According to the World Record Diving Malta website, the sudden rush of cold water into the suit caused his body to go into hypothermic shock.

McGahern and his team decided to abort the dive and he was rescued from the water by the St. John Rescue Corps. The diver was in shivering fits when he came out of the water and transported to a hospital for treatment. Thankfully McGahern seems to be none the worse for the wear and is reportedly already planning his next attempt.

“What doesn’t kill you makes you stronger,” McGahern said.

Image from Ian Myles (ianmyles) on the flickr Creative Commons