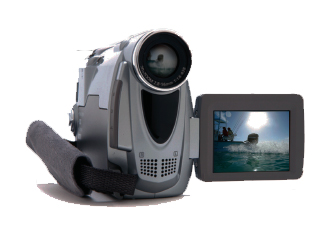 While enjoying fishing and boating this summer be sure to bring a video camera along with you. Mercury Marine is launching their first ever Film Festival June 3rd through September 30th at  MercFilms.com, and contestants stand to win some magnificent prizes.

Mercury has decided to establish this film festival in order to both encourage boating and fishing, and to help the marine community come together to share their experiences with one another in a fun, positive, and entertaining way.

Videos will be judged by a panel of expert anglers including Bill Dance, host of “Bill Dance Outdoors”, Jose Wejebe, the host of “Spanish Fly” and Mark Zona, host of “Zona’s Awesome Fishing Show.”

Votes cast online will account for 30% of the contest score for contest videos, and the remaining 70% of the score will be based on the creativity, skill and uniqueness of the submission. Mercury will create an internal judging panel to select a winner for the Mercury partner and employee categories.

The winning consumer submission prize includes an all-expenses paid fishing trip for two with one of the Mercury Films judges, OR the Mercury engine of your choice. It is going to be awfully hard to pick between a brand new Mercury engine and a fishing trip with Wejebe, Zona, or Dance, but that sounds like a good problem to have.

Categories for submissions include:

The grand prize winner will ALSO be invited to the Mercury Films Festival awards ceremony in Fort Lauderdale, Florida, to see their film played in person.

The film festival is very easy to enter. Contestants simply need to go to MercFilms.com between June 3rd and September 30th and submit their video. By using Facebook and Twitter contestants can help get the support and attention of their friends and family, who can vote on the video t If you’re not the film making sort, simply going to MercFilms.com and voting on your favorite entry will enter you into a sweepstakes more unbelievable prizes. The sweepstakes prize is a fishing trip to Alaska’s Kenai Peninsula for the winner and a guest. This dream trip includes riverfront hotel accommodations, airfare and three half day guided fishing trips.

This contest is also open to Mercury partners, including professional guides and anglers, dealers and boat builders and fishing celebrities) who will compete to win their choice of a VIP experience trip for two to the 2012 Bassmaster Classic, or a day of fishing with an FLW angler.

The film festival offers a great opportunity for water recreation fans to show off their talent, equipment, and sense of style to a fun interactive community. It doesn’t hurt that submissions and votes qualify participants for amazing prizes.