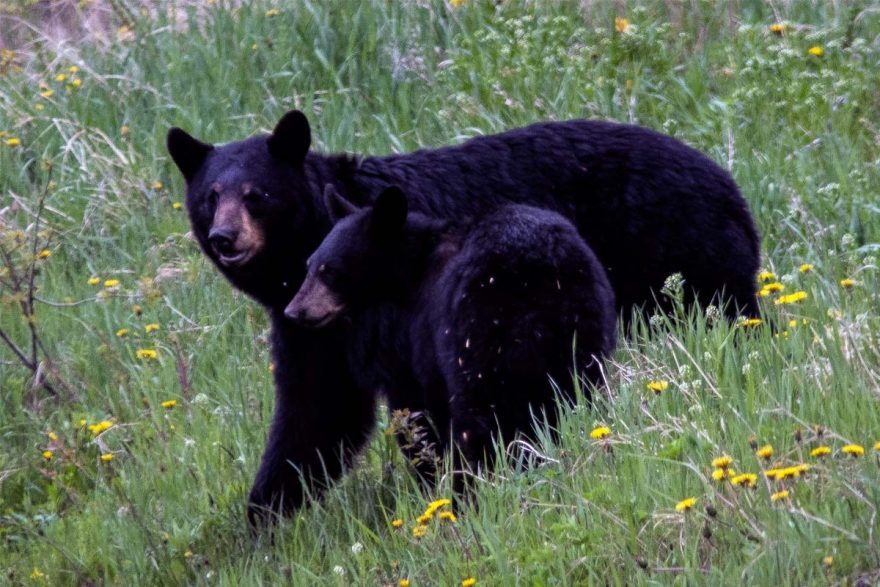 Know that bears usually avoid people. Some campers don’t even know they are close to a bear because the bear is so good at avoiding them. Here are five mistakes campers make in bear country that you can avoid.

1. Setting up camp in the wrong spot

It’s just not safe to set up camp close to the same trails and roads that bears use. Yet some campers don’t think twice about where they set up camp in bear country, especially if they just gravitate to the first open area they encounter, increasing their chance of encountering a bear.

So before you set up camp, check the area for signs of bear activity. Look for bear tracks, bear scat/droppings, rubbed and claw-marked trees, berry bushes, turned over rocks or torn apart rotting stumps and logs. Bears enjoy searching for bugs for a yummy treat.

2. Having bear spray, but not knowing how to use it

In the rare case a bear approaches your camp and charges you, it pays to have bear spray. But, it won’t play out well if you don’t know how to use your bear spray. Not all campers take the time to educate themselves before camping in bear country. They often pick up a can of bear spray from a local continence store on the way to camp without knowing how to use it. Make sure you educate yourself before camping in bear country. You’ll need to know how to carry, use and store your bear spray. (Hint: The bottom of your pack — or anywhere inside your pack — is not the right place to store the spray.) 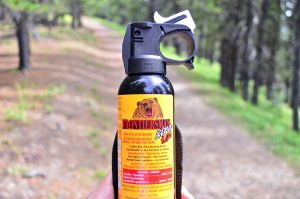 3. Getting too close to a bear

If you do see a bear nearby your camp, don’t try and walk closer to take a photo or get a better look. Campers make this mistake a lot. They want that photo to brag to family and friends. But it’s just not worth the risk. You should always avoid getting too close to wildlife in general — especially in bear country. No picture is worth your life. If you want to take photos, pack a telephoto lens. National parks have set a minimum distance of 25 yards for most wildlife and 100 yards for grizzly bears.

4. Forgetting to pack away toiletries

Most campers know that cleaning up food and garbage around your campsite in bear country important. Bears have a good sense of smell, and food attracts bears. But what about toiletries like toothpaste, deodorant and scented lotion? Campers often overlook these bear attractants and forget to remove them from their tent. You should always store your food and toiletries away from your tent. Ideally, inside a vehicle or a bear-proof box. It may be a hassle carrying food and toiletries away from your tent, but it’s well worth it if a bear comes looking for a midnight snack.

5. Being too quiet while hiking

Hiking in bear country isn’t much different than hiking anywhere. The one difference is that you should make lots of noise. Campers often hike when visiting bear country but forget to make enough noise. Although it’s nice to enjoy the sounds of nature, the majority of bear attacks happen when a bear is startled and feels the need to defend itself. Making noise while hiking gives the bear plenty of time to avoid you.