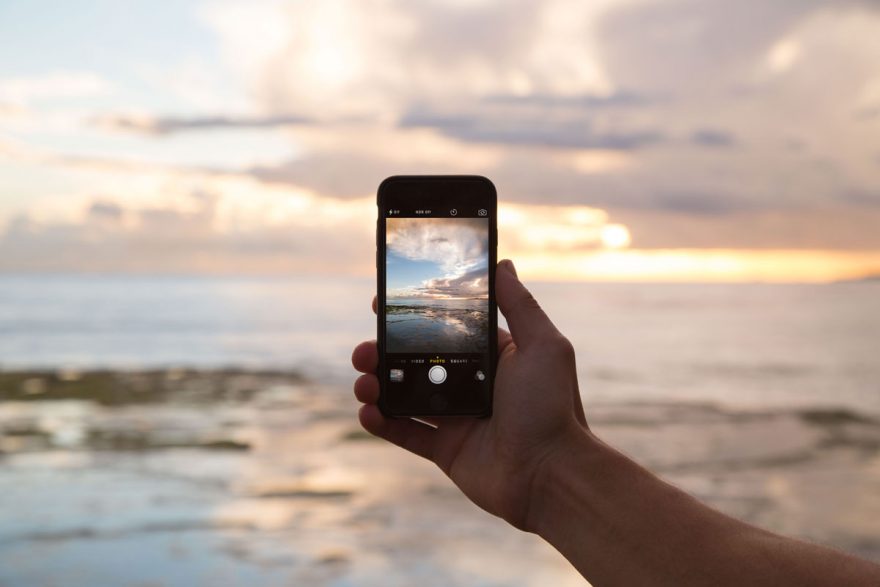 When you’re traveling, you see impressive sights that you cannot help but capture. However, unless you’ve got a particularly creative eye, it can be hard to really capture the scene the way you see it.

Some may think that you need an expensive DSLR camera, but the truth is, phones are every capable of rivaling many of the DSLR shots you see. You’ll never get quite the same level of quality with a phone as you with a pro camera, but with the right technique and knowledge, you will pull off impressive shots to be proud of.

One of the great things about phone photography is that it doesn’t depend heavily on your equipment, such as having filters, a tripod or a cable release. This means that it’s more down to the way you use it, giving you a good amount of flexibility.

One of the most fundamental rules of composition is the rule of thirds. With phones, this becomes even easier, because you can switch the grid ‘on’. Of course, rules can be broken, however, if you’re ever struggling to ‘see the shot’, then this method will help get you on track.

The idea behind this is to split the potential image into thirds horizontally and vertically. You should aim to place a point of interest in the photo on one of the lines, giving the image a more balanced feel to it. This will also help you to line up the horizon so that the shot looks even.

The lighting of the photo is crucial. Unless you’re trying to take a particularly dark and moody shot because it is atmospheric, then you should always have your subject well-lit. Having said that, when it comes to landscapes, an image that is too bright and sunny can make it have less contrast, meaning it won’t be as dynamic. Often the best landscape shots are on days which are slightly overcast, with breaks in the cloud.

For the ideal shot, aim to adventure within the ‘golden hour’ i.e. sunrise and sunset. The glow from the sky can do wonders for an image.

The post-production editing can make or break a photo. If you have managed to take a photo with a well-balanced composition but there happens to be poor lighting or the colors aren’t right, it can be saved by a nifty editing app.

The key is to make subtle changes, rather than aim to completely transform a photo. By tweaking the contrast, light, and sharpness by marginal amounts, you can make an otherwise dull photo incredibly powerful.