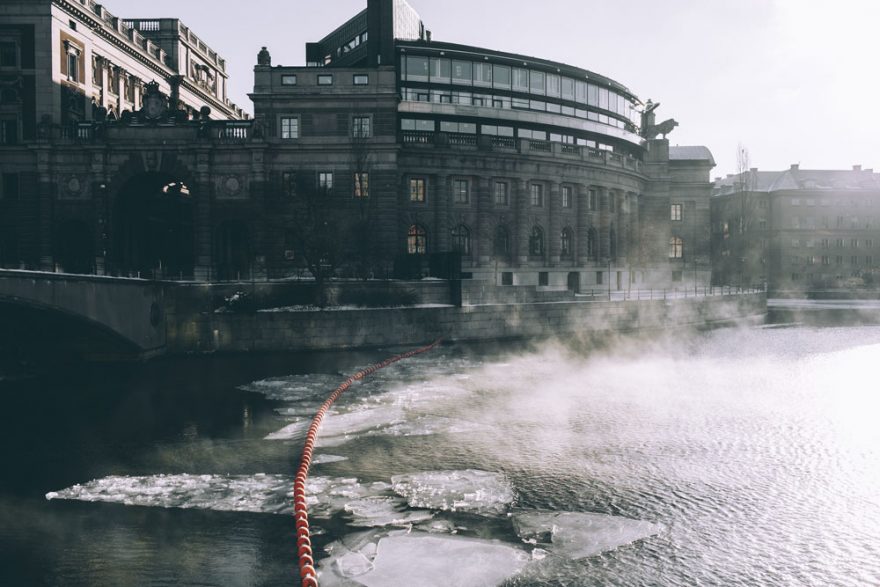 As we get deeper into winter, you’ll notice paths, walkways and roads becoming icier and full of more snow. Icy paths can be slippery and dangerous, so it’s important to make sure they’re safe for use by thawing them.

But, did you know that the way you’ve been melting snow and ice could potentially be harmful for the environment and eco-system? Yes, throwing down salt and chemical based products hurts the wildlife and is bad for animals. Furthermore, when Spring comes around, the salt leftover can get its way into the waterways, continuing to harm local animals.

The problem is, using salt is one of the cheapest and easiest ways to deice. Additionally, studies suggest that by using salt, we can decrease road traffic accidents by a stunning 85%.

Salt is a very effective way of de-icing because it lowers the freezing point of water.  This means that it’ll need to get much colder before it freezes and therefore becomes a hazard.

As well as salt helping to prevent frozen conditions, the large bits of grit also act as grip for tires on the road, making it safer for drivers.

It’s estimated that around 15m tonnes of salt is dumped on American roads each year, which can cause serious problems for the environment, as well as corroding cars and other metal structures.

What are the alternatives?

Although salt is still the most common method of de-icing, there are alternatives we should consider.

The great thing about sand is that it provides grip for walking and driving, but unfortunately does not melt ice on its own. Another key benefit in using sand is that it’s much cheaper than chemical based products and even salt. It’s for this reason it is often used alongside salt. The downside? It’s known to clog drains which increases the risk of flooding.

When it comes to being good for the environment, this is thought to be one of the best things to use. For plants, it is not overly toxic which is a major benefit over the use of salt. Furthermore, it’s much less likely to corrode metal, making it better for cars and bridges. The downside? It’s actually much costlier to use than salt as it requires twice as much product to have the same effect.

Similar to the way salt works, calcium chloride reduces the freezing point of water and is even more effective in this respect. Salt reduces it to -15 degrees, whereas calcium chloride reduces it to -25 degrees. Another reason this should be considered over salt is that it is less harmful to plants and soil. The downside is cost again, at over three times the expense of salt.

Being harmless to the environment and stopping corrosion, this seems like the ideal alternative. They’re often combined with popular de-icing products so that salt is used less often. Furthermore, it’s effective at a much lower temperature than salt, at -25 degrees. The problem? There’s actually no real problem in using this, however it can be difficult to get your hands on for personal use.