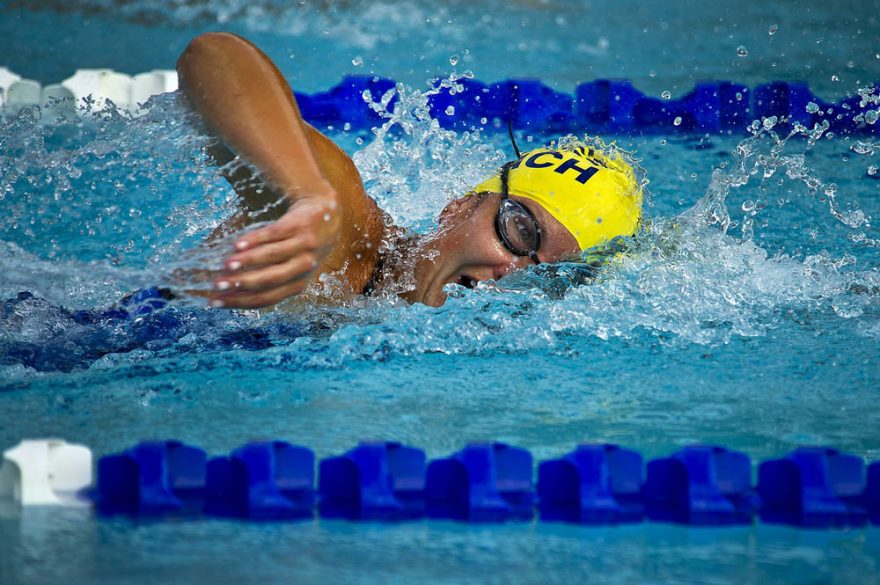 For many, swimming is the hardest component of the standard triathlon. Technically, it can be one of the more confusing sports to learn and it involves movements far less instinctive than running or cycling.

Aside from the technicalities, the pacing can also prove a challenge. Being the first part of the triathlon race, it is important to set a good pace and put yourself in a position to win. However, equally as important is not burning out and being unable to complete the race strongly. Going into the first transition, have you ever felt totally burned out? Or maybe you’ve got the reverse problem, feeling like you could have given it more.

If you’re a seasoned triathlete, then it’s likely you’ve paced it both ways; too hard and too slow. It’s a tricky balance, but when mastered, it can really set up your whole race and put you ahead of the pack.

You can think about pacing all you like, but until you’ve gone out there and actually experimented, then you’ll never know how it feels. On top of that, it’s all very well practising in a training environment. However, race practice is much more valuable.

The reason for this is that that on race day, you’ve got a whole bunch of nerves and anticipation which hugely affects the way you perform. For many, the adrenalin causes them to set out too hard, which leads to a crash and burn. You should aim to get us much race practise as possible, and don’t be scared to experiment with your pacing.

You often find that those who do well, manage to find the balance between controlling the ‘mad dash’ instinct and setting a strong pace. Be willing to make mistakes and sacrifice races until you’ve found your way of pacing.

If you’re familiar with racing, then you’ll have probably heard of this method. Essentially, the negative split means that the second half of your swim is faster than your first. Once you have some race experience, you’ll be better equipped to judge if this method is best for you.

For those who maybe don’t have as much speed, then this can be a good way of swimming. It allows you to build into the first half of the race, then bring back harder. If you choose to do it this way, you’ve got to be willing to possibly let people get ahead of you at the start and not be too tempted to go with them.

On the flip side, you’ve also got to watch that you don’t set too slow of a pace in the first half, because it can make it hard to switch it on and bring it back fast. This is why practise is required!

Out Hard and Hold On

If you know that you’re pretty tough when it comes to the swim and can hold a fast stroke rate for a long time, then this method might be for you. Often you see people set an incredibly strong pace and manage to hold it.

You’ve got to be confident that you’ll not burn out. It’s a brave move to attack it from the front end, because going out too fast can lead to burn out. However, if you get it right, then you’ll be swimming with great momentum.

Warning, don’t allow yourself to get too carried away in the first 30s or so of the race. You will have a lot of ‘easy speed’ at the start from nerves and adrenalin. If you’re opting for this method, then take it out fast but controlled, then really start to dig in once you’ve found your rhythm.

Another way to break down the swim, let’s say in an Olympic distance race, is to section it off bit by bit. For example, in a 1500m swim, you can take each 500m at a time. The first 500m is all about setting your pace, making sure you don’t go out too fast, but allow yourself to be in the race.

As soon as you hit the 500m point, it’s time to ramp it up one notch. This is where it gets interesting, as you might find some people drop the pace here. It doesn’t need to be a switch to fast, but a solid focus on maintaining your stroke rate is important.

In the final 500m, you should aim to pull away from those around you. You’ll have set your pace well in the first 1000m and now it’s time to start driving the legs and maintain your stroke rate, if not increase. Remember, though, you’ve still got the bike and the swim isn’t the end of the race.