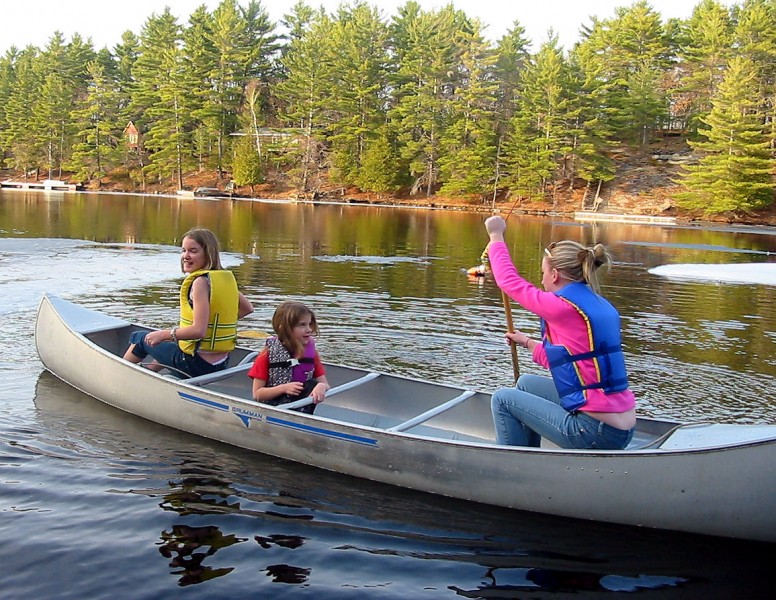 Canoeing is a popular summer sport that provides a great introduction to individual water sports like kayaking.

As part of the paddle sport family, canoeing is a great summer activity, whether it’s a day spent with family on the water or a multi-day trip with more experienced canoers.

A canoe is an open-deck boat with several bench seats, with carrying capacity of obviously dependent on the craft’s size. Single-blade paddles are used, unlike the two-ended paddles used while kayaking. You can either be sitting in the bottom of the canoe or on one of the seats while paddling, but children are often too small to paddle while sitting in the bottom.

Canoeing at one time was one of the most common forms of transportation. Scottish explorer John MacGregor is credited as the first person to use canoes for recreational purposes during a camping trip in the United States and Canada in 1858. He began to build his own canoes when he returned to the United Kingdom. From there, MacGregor founded the Royal Canoe Club and wrote about his water travels in his 1866 book A Thousand Miles in the Rob Roy Canoe.

The 1874 Paddling Challenge Cup was the first canoeing competition. In 1924, Austria, Denmark, Germany and Sweden formed the Internationalen Representation for Kanusport (IRK), which came before the International Canoe Federation (ICF) in 1946. The ICF is an organization that encompasses canoeing worldwide and is headquartered in Lausanne, Switzerland. As for the competitive nature of the water activity, canoeing was first classified as an Olympic sport in the 1936 games in Berlin and has since been a regular feature of the Summer Olympics.

Learning the foundations of canoeing is important, even if the goal is simply to spend a few hours on the water with your family or friends. Getting adjusted to the required balance necessary while in a canoe is task number one, and the lower your center of gravity is, the easier time you will have finding balance. The most straightforward way to gain practice canoeing is to go out on the water with one other person who is experienced in the sport. Having someone of similar strength as a paddling partner will allow the canoe to maintain direction, as the same amount of force is being implemented on each side of the canoe.

The person in the back of the canoe is in charge of steering, but when headed in the correct direction, they should attempt to keep the same paddle stroke length and depth as the person paddling in the front of the canoe. The two people in the canoe must paddle on opposite sides. If you are paddling on the right side of the boat, your left hand should be on the top of the paddle and your right hand should be farther down the paddle near the blade, with your knuckles facing out toward the water.

Only in specific cases will the bowman steer the canoe from the front, specifically in more intense canoeing such as white water, where only the person in the front is able to see upcoming rocks. In these cases, it is common for both people in the canoe to back-paddle in order to shift direction and buy more time before the canoe is hit by the obstacle or barrier.

Make sure to wear a life jacket while canoeing, along with any other clothing that is fitting for the type of weather and water you’re working with. Getting involved in this popular summer water sport is relatively easy, as most public rivers and lakes offer a place to rent equipment that is affordable.

Image from Matthew Ingram on the Wikimedia Commons