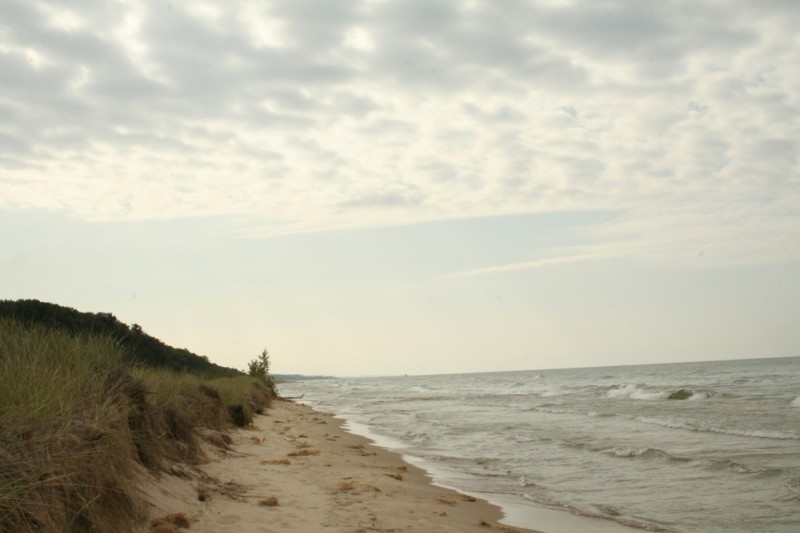 What is nature writing?

It is the intimate surveillance of nature around you. Nature writing takes the reader into a closer look of the insects, plant life, wildlife, climate and other sights and sounds that a person wouldn’t normally notice. The stories can be anything from embellished imaginations of an anthropomorphic society of leaves to factual observations about the dynamic hub of activity in the woods seen at the beginning of the day versus nightfall.

Why do nature writing?

Nature writing is a time to reflect peacefully to yourself. If you begin nature writing while camping or hiking you will eventually have a wonderful collection of all the things you would have easily overlooked or forgotten about years into the future. The more you write about nature, the more unique observations you make even when you’re not writing.

There are no rules set out in stone about successful nature writing but here are some suggestions. Pick one (and certainly no more than a few) theme to elaborate on, such as the hierarchy of plant life or wildlife in the environment you’re in. Which plant or animal is most powerful? How does it assert its power? Write about the theme of leaves changing color, describe with elegant Victorian prose deep into their appearance.  Feel free to use plenty of metaphors and similes.  Decide whether you’re going to include yourself in the story in first person (I, me) or if you will write from a third person perspective (he, she, it, they). Whatever you decide, stay consistent.

“Consistency is the last refuge of the unimaginative.” -Oscar Wilde

And just remember to really focus in attentively on the topic of your story, observing from many angles something deeper that many people do not notice. Do not worry about length as that will be determined in the course of the work.

Below is an example of a nature writing piece that I wrote for a university writing course at the Nordhouse Dunes in western Michigan September 2009. I chose the theme of “sounds” in nature with a side story on bees.

For more examples of nature writing, check out some of these popular authors’ works:

When walking around our campsite, I was so excited to be able to hear the crash of the waves of Lake Michigan. For awhile, there was no other sound to be heard. Yesterday, fierce winds forced the waves to come pounding in like a drill sergeant forcing his troops to repeat the same march until the day was done. Today, the water had calmed and taken on a more playful demeanor. The water trickles in shyly onto the shore, careful not to get too close to your toes.

Each part of the water makes a different noise. Far from the shore, you can hear the water lapping as it swims in. It makes a different noise as it stacks on top of itself right before it becomes the wave that breaks apart and scatters on shore. It then fizzles and foams as it leaves behind a metallic glow on the wet shore. While you look at it and try to recognize any shape that it left behind, your thoughts are interrupted by another wave, this one bigger and more fierce than the first. Yet, none of really bigger, they all even out on the shore, they all leave behind that beautiful metallic looking abstract shape on the edge of the sand.

The water drowns out the sound of everything around you. I love how it takes command of your senses. It drowns out every other sound near the dunes. I can’t hear the birds anymore, Who know if the trees and plants are still swaying in the bushes because all I can hear is the premature crash of a wave against the old tree that’s stationed four feet out of reach from me. I know the wind is still there, I can feel it blowing. I know the animals and bugs haven’t gone away because I see random flies wafting about. But the water won’t let me hear another sound. Best of all, it drowns out the human noises of cars, motors, conversation.

The water grants me peace from all these sounds I so badly want to get away from. Your mind really starts to wander after a prolonged period of lack of human contact. Time is no longer perceived by counting minutes and hours, but by the position of the sun in the sky and by the hunger pangs in your stomach. I am not responsible for anything right now. Only to take in all the sun’s rays, to tare at each successive wave coming in and to quench my thirst when the heat gets the better of me.

Whether you get your feet wet or not, there is this most unusual squeaking noise when I walk on the sand. I first noticed it on another camping trip that I took by myself to the Warren Dunes in southwest Michigan. I was by myself walking up from the water when I heard that noise. At first I thought some human near me was making that noise, but no one was even close. Then, I thought I must be stepping on something that’s making this noise each step I take. But that’s impossible for something to still be there when I’m already 30 feet away from the spot where I first noticed the squeak. I sat there in wonder and honestly, I didn’t figure out it was my own feet until I took another walk down the beach and realized that every time I dig my heel into the sand with each step that the noise comes back. Now, it’s a sound that can’t go unnoticed. I think back to that time at the Warren Dunes and laugh at my own puzzlement and just think of how glad I am that I indeed wasn’t stepping on any animals, bugs, or worse – aliens.

A bee! This summer has been unusually filled with bees. I recall all those close bee encounters as this bee around me is attracted to something in my hair and sits down on my head. I never heard the buzzing fly away and I can only assume it’s still on me. So I let it sit as long as it’s not crawling on my skin.

I think back to earlier in the summer when I’m riding in a car with the windows open or top down in my friend’s Jeep Wrangler, when a bee (the dangerous, will-sting-you kind) flies in and just sits down on my seat, walking around, calming observing where it is while I’m standing up in the chair as far as my seat belt will allow, panicking, screaming for my friend to pull over so I can get the F out of there!

And now that bee that is on my head is crawling around on my neck and it’s too much for me to handle so I freak out, toss my pen three feet away where it gets all covered in sand and then I swipe my own neck with my sand covered hands and thanks to the bee, everything on me and what I own near me is covered in sand.

The day calms as it gets later. The bugs seem to have receded deeper into the forest. I no longer hear the constant wind-up toy noise of the bugs on the sand and in the plants of the dunes. There is the noise of a bug completely absent. A noise that sounded like the spin of the wheel of fortune, even with the breaks in between when someone takes the time to push the wheel so it spins longer.

The wind has now shifted to the trees and it replicates the same wave I heard from the lake in the leaves of the tree at the edge of the forest.  I’m part of the sound as well. The wind blows through my hair and straggly pieces rub against the rest of my hair and face. I hear a break in the wind as it reaches my face and blows past. Sand makes the sound of trickling rain as it falls from where it becomes stuck to my skin.

And there’s the sound, the sound that makes us all human. It comes up from a part of your body not capable of sound and you know you feel it before you can hear it. It’s one of those sounds that make me wonder what other people are doing, enough to motivate me to actually move. A monster in my stomach tells me it’s time to eat so I grab my belongings and head to the campsite to quieten this one sound among many.