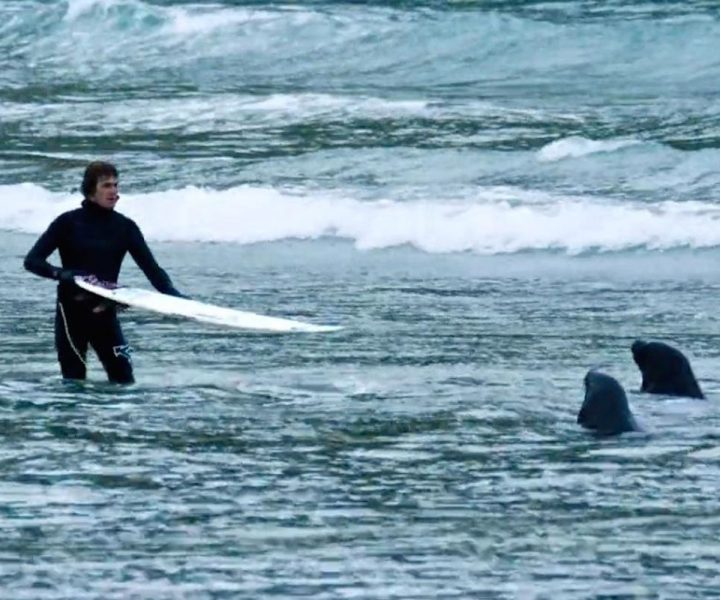 Surfers have to put up with a fair bit when out on the water. Getting beaten by waves, potentially cold water or no surf. However, two surfers found a slightly different problem in New Zealand. Footage has just emerged of the surfers minding their own business and enjoying waves when two territorial local sea lions decided to chase them out of the water.

Albee Layer and Kain Daily, the two surfers in questions, took to the waters of the South Island of New Zealand a few months back when they discovered the angry see lions. One of the surfers, Layer, had to use his board as a defense until he could back it safely back to shore.

In the video, which was shown on Instagram, Layer explained, “A huge black shape goes like zoom and hits my leg and kind of like hard. And I look underneath and there’s this big shape circling to face me. I was like, shark! And then [they] body surf a wave with their mouths open…ahh. It was like a dragon in the Game of Thrones.”

Fortunately for the pair, they managed to escape from the incident completely unharmed. Sea lion attacks are known to be very rare but if humans come within close contact with them, they can become very territorial.

We can laugh now that the men were unharmed as the footage shows the pair hilariously running away from the sea lions even after they had made it to the beach. “It turns out these f***ers can run like 15 miles an hour, and it just kept charging at us! Angriest locals ever,” Layer went on to state.

This isn’t the only recent news of sea lions going for humans, either. Just recently, San Francisco has had two incidents involving the territorial mammals. Just last week, a sea lion bit a swimmer in the groin in the waters off San Francisco Maritime National Historic Park, leaving him requiring hospital treatment.