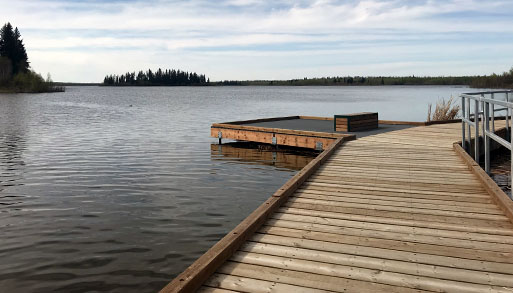 If you’ve ever wondered what giant shaggy-haired bison look like close up, you’d be right at home in Alberta, Canada’s Elk Island National Park.

But there’s more than just bison there. You’ll find plenty of other big-game species wandering the park, like elk, moose and mule deer. If you’re a bird watcher, Elk Island National Park has something special for you. With more than 250 species of birds recorded in the park, Parks Canada dubbed this landscape a “birdwatcher’s paradise.” For locals, it’s known as “basically Jurassic Park,” except the creatures outside your car look somewhat more cuddly. 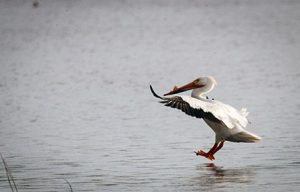 The park is also part of the Beaver Hills Dark Sky Reserve, so you can even enjoy a dark-sky experience with a chance of viewing the Northern Lights.

However, most people have never even heard of this hidden gem. Elk Island National Park is just a six-hour drive from Glacier National Park — including a scenic drive through Canada’s majestic Rocky Mountains — and it’s been around for more than a hundred years.

Like any wild west story, the history of Elk Island National Park is gritty. Wildlife such as beaver, deer and elk roamed free across Alberta’s central plains for thousands of years. But civilization soon crept in. People started new settlements and pushed wildlife away. By 1900, hunters and trappers (competing for food and fur) had nearly driven the area’s elk and beaver into extinction.

To stop this wildlife extinction from happening, five conservation-minded men from Fort Saskatchewan pioneered Canada’s wildlife conservation efforts. In 1906, they persuaded Canada’s government to take action. And that’s when Elk Island (as it originally was called) sprang to life as the country’s first-ever wildlife sanctuary. Since then, park managers have expanded the park from 16-square-miles to nearly 85-square-miles today.

You’ll find several hiking and backpacking trails throughout the park, each with a different level of difficulty. Two of the most popular trails are the Astotin Lakeview Trail, an easy path along Astotin Lake that’s great for kids, and the Beaver Pond trail, an easy hike on a level path with old beaver lodges and aspen trees. There’s also longer and more difficult hikes for those who want more adventure.

If you want to camp, you’ll find a true wilderness experience at the Astotin Lake Campground located in the heart of Elk Island National Park. From mid-May to Thanksgiving, campers can choose from 75 different camp sites — with fire pits, raised gravel areas and picnic tables — all located in a prime location for watching sunsets and viewing the starry night sky. 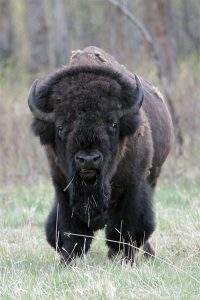 If you’re lucky, you could even spy a coyote hunting at dusk, a muskrat nibbling on a branch below the boardwalk on the Astotin Lakeview Trail or a pelican swooping down upon still lake waters at sunset. You may even hear a majestic elk bugling or see adorable bison calves exploring their surroundings for the first time in mid-April to early July. If all goes well, you may get to stand in wonder as the Northern Lights dance across the evening sky.

If any of these things are on your bucket list, Elk Island National Park may be the hidden gem you’ve been searching for.